by AglaSem EduTech
in Air Force

Indian Air Force IAF is going to be conducted the AFCAT 2/2019 Exam for graduates and postgraduates. The candidates who want to apply for AFACT 2/2019 should be Physically fit at the time of initial and medical Examination. AFACT 2/2019 Physical Fitness rules are set by the IAF In which all the clause related to height weight and visual standard. The candidate should not have any diseases at the time of the test. So check all the points and test your eligibility in terms of Physical Standards of AFCAT 2019. Check here all the details of AFCAT Physical Standards 2019 here.

Any candidate who found sick later at the time of Recruitment, his /her candidature will be debarred from the recruitment. For women candidates, if pregnancy is detected at any stage of selection at AFSB will be a cause for rejection.

You will be screened for your height and weight at AFSB. In case you do not meet the height criterion when you report to AFSB, you may not be tested. The overweight/obese candidate would be issued with a letter of caution and advised to reduce weight within the specified limits before reporting for medicals. Maximum permissible weight deviation is 01 Standard Deviation (SD) as per the height and weight standards for men and women, failing which the above mentioned letters of caution would be issued.

Another major factor in physical measurement is Visual Standards. Visual Standard should be perfect if you want to be selected in Airforce. The visual parameters are different for Fly Branch and Ground Duty. Let’s check what are those. 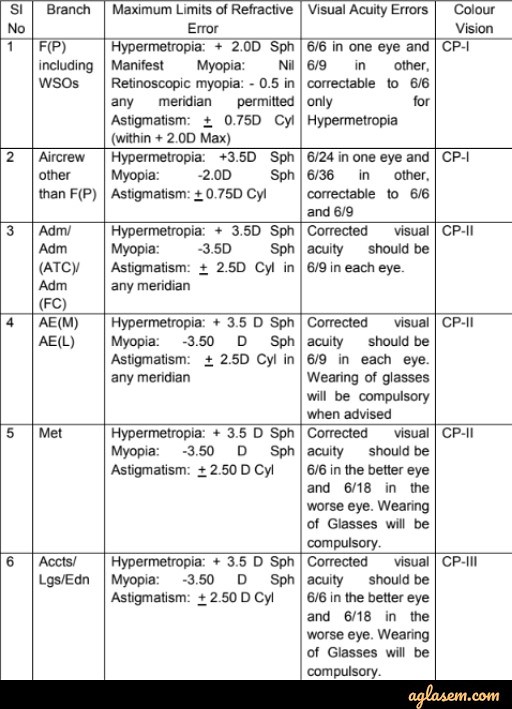 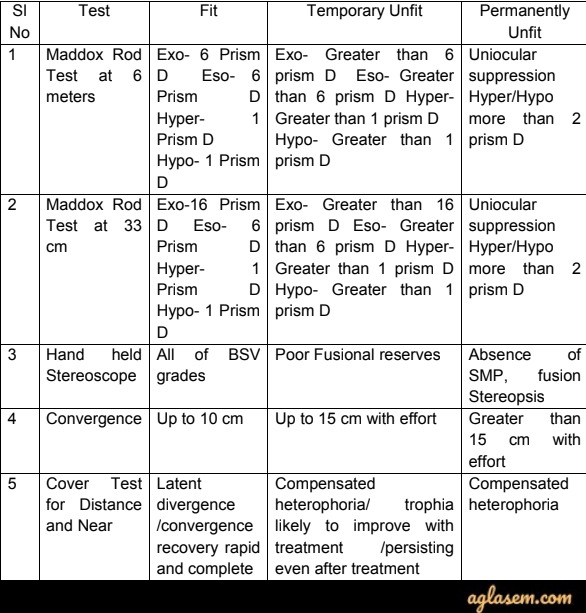 The following criteria must be satisfied prior to selecting post PRK/ LASIK candidates:-