ETT Punjab Result 2016 is announced by the Department of School Education, Punjab. The selection of the candidates shall be based upon their PSTET – 1 Score and the marks obtained in the qualifying exam. Candidates are able to check the ETT Punjab Result 2016 here on this page after the official announcement.

Department Subject Education, Punjab analyses all the applications of eligible candidates received on or before the last date. Afterwards, the merit list shall be prepared as per the PSTET – 1 Score and the marks obtained qualifying exam. The direct link to check the ETT Punjab Result / Merit List shall be provided here once it is released officially.

For List of Eligible Candidates (ETT 2005 Posts) called for station allotment to be held on 18 Nov 2016, click here. 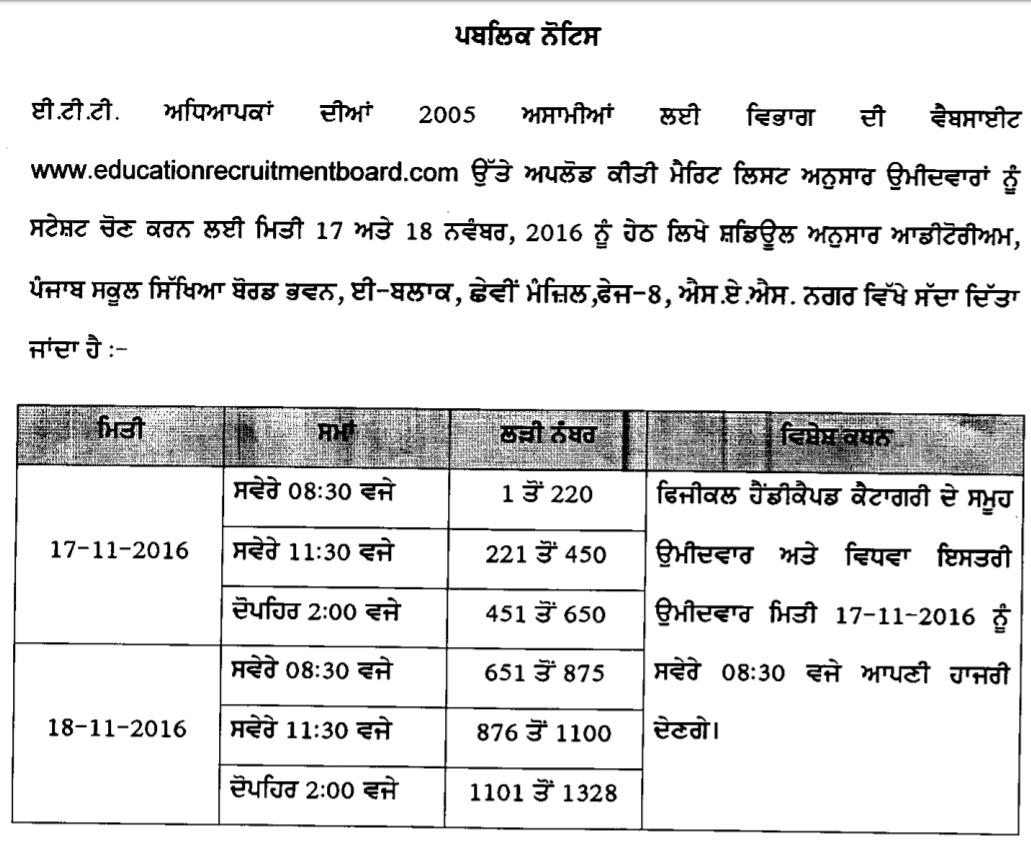 Previously for PSEB Teacher Recruitment Result 2016, the organization had released shortlist for scrutiny. Click Here to view the list of candidates shortlisted for Scrutiny of Documents to be held on 23-09-2016 (2005 posts of ETT Teachers).

Official website for ETT Punjab Result 2016 is is educationrecruitmentboard.com