by AglaSem EduTech
in Navy 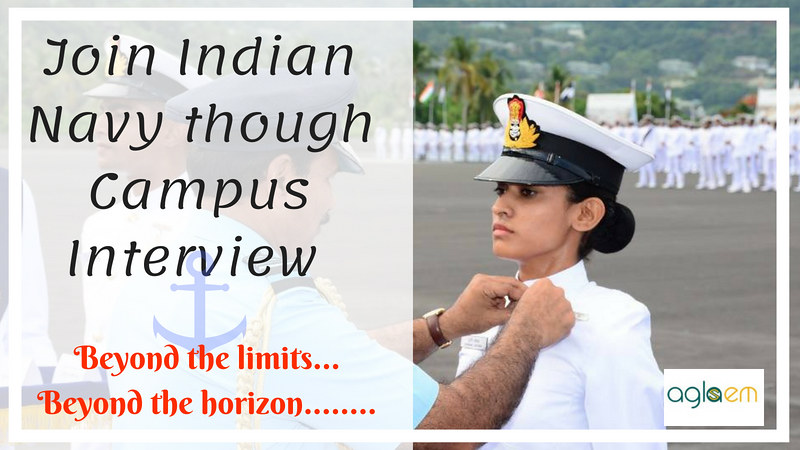 As we said above the result for the Campus Interview will be intimated through the issuance of the call letter. Those candidates who will get the call-up letter for the SSB round on the registered email will be fortunate. Such candidates have to appear for the SSBroundss in any of the Selection Board in India. Indian Navy will decide the centers for candidates but, candidates will get the privilege to choose the dates of SSB. While summing up we can say that keep your email id active until the recruitment gets over.

The SSB round has broken into two parts of test i. e. Part I   test consisting of Officer Intelligence Rating (OIR) Test, Picture Perception, and Discussion Test. The candidates who will qualify this round have to appear for the next part of the interview. Part II is a four-day long process which will comprise of Psychological testing, Group Task, Group Discussion and Personal Interview.

Part – II comprises of several physical tasks, so candidates are requested to physically fit for the round. As no compensation will be provided to the candidates in case of injured during the test.

After the tests, if a candidate will found with any deformity then Indian Navy will declare that candidate as disqualified.

Those who will have the medical conditions as per the Indian Navy standards will get the confirmation letter as the  Officers in the rank of Sub Lieutenant. The aspirants have to undergo the 22 weeks training as Naval Orientation Course at the INA Ezhimala.  After completion of Naval Orientation Course, the aspirants will get the professional training in Naval Ships and Training Establishments. In case a candidate gets an executive entry, then training would be  NOC at INA would be 44 weeks.

Disqualification in training, during the period of 22 weeks or 44 weeks whichever will be the course, the aspirants can’t marry. If anybody does so then,  Indian Navy will discharge him and the candidate has to pay back all the allowances received by him /her.