Karnataka PDO Admit Card / Hall Ticket 2016 will be issued only for those candidates who will submit their application form on time along with application fee. Direct link to download the admit card will also be posted on this page. 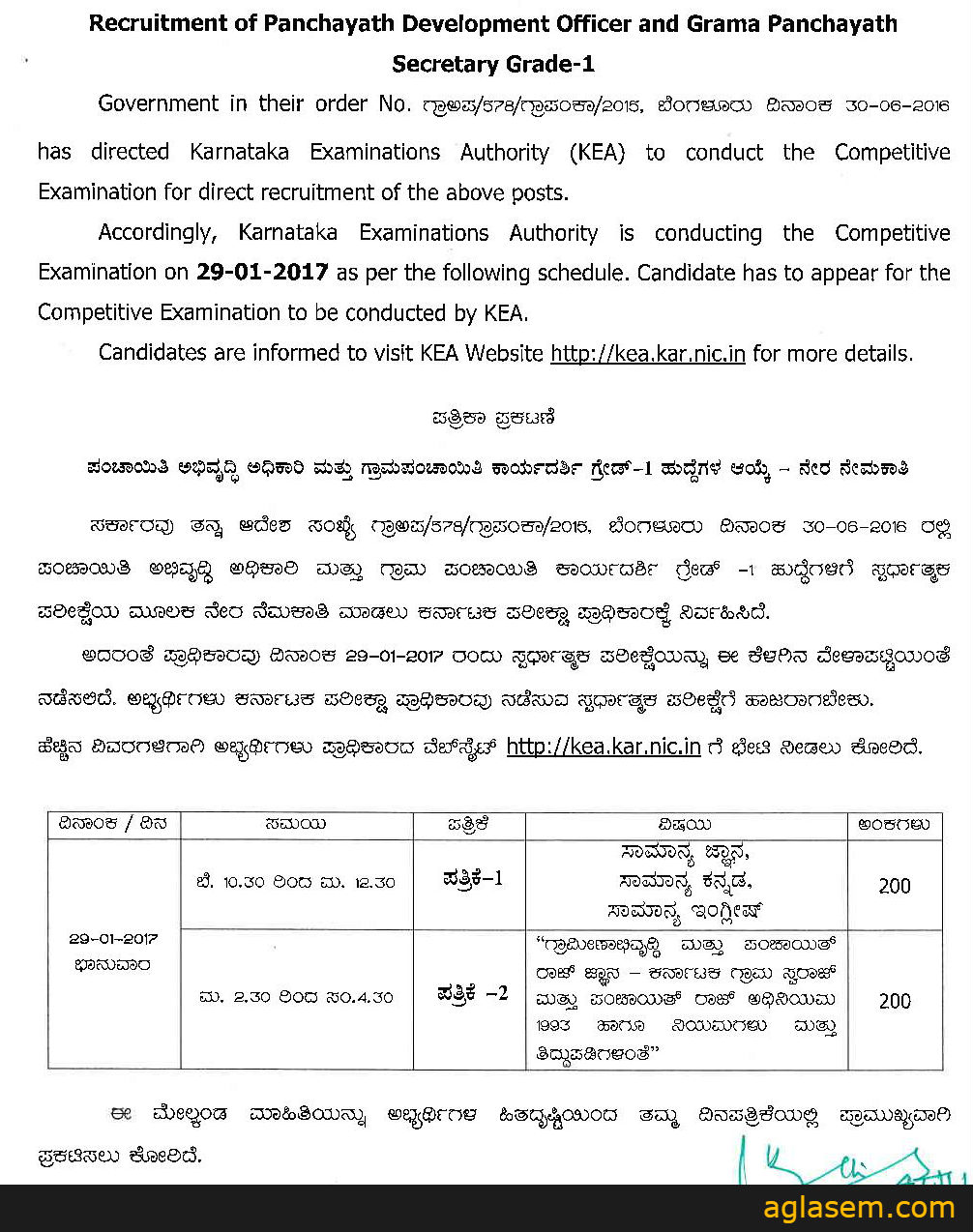 Candidates will be able to download their Admit Card from the above given link once the Admit Card will released by Karnataka Examinations Authority.