KPTCL Final selection list 2016 has been announced for KPTCL JLM & JSA Recruitment 2016. The final selection list of candidates selected to the post of Juniour Lineman is published along with the cut-off mark in KPTCL, CESC & HESCOM Website or through the link given below.

Cut off percentage of Marks

KPTCL Result 2016 has been announced for KPTCL JLM & JSA Recruitment 2016. Provisional List of candidates selected purely on the basis of marks secured in the academic qualificaiton (SSLC/10th std) and who had qualified in the endurance test held from 18 Oct 2016 to 23 Oct 2016 was notified and published along with provisional cut-off marks in the websites on 07 Jan 2017. The said selection list was prepared by considering local cadre posts (HK) first and then non-local cadre posts (NHK).

The new Provisional Selection List is now published along with the provisional cut-off marks is given below.

Objections, if any, from among the 1:5 shortlisted candidates who had qualified in the endurance test may e-mail the same along with relevant details like scanned copy of supporting documents to the Email ID [email protected] duly indicating their Name, Application ID. The last date for receipt of objections is 24 Feb 2017.

There is no change in the Provisional selection list published for the backlog post of Junior Station Attendant. The GoK Circular dated: 16.11.2016 is published in the website for the information of the candidates.

Cut offs are fixed to shortlist candidates for Endurance Test. KPTCL has been published the provisional cut-off marks as detailed given below.

Karnataka Power Transmission Corporation Limited will release online application form. Candidates after checking eligibility can apply online. First thing to remember is that applicant must have passed SSLC or 10th Standard Examination from the Educational Institutions of State of Karnataka.

Alongside KPTCL Recruitment 2016, BESCOM, CESCOM, HESCOM have also invited applications. Candidates are requested to note that you can apply to one company only. Thus it is prudent to go through all recruitment first. Furthermore, go through details of posts, age, qualification, remuneration, eligibility criteria.

Note eligibility of age and educational qualification. With attention to the fact that you should be eligible to apply, go through eligibility criteria. At the present time you can know the following facts.

There will be an endurance test. Ordinarily Endurance Test contains various physical tests. Know details for endurance test specifically by going through detailed advertisement (which will be available on 5 Aug).

It is important to note following aspects of Endurance Test 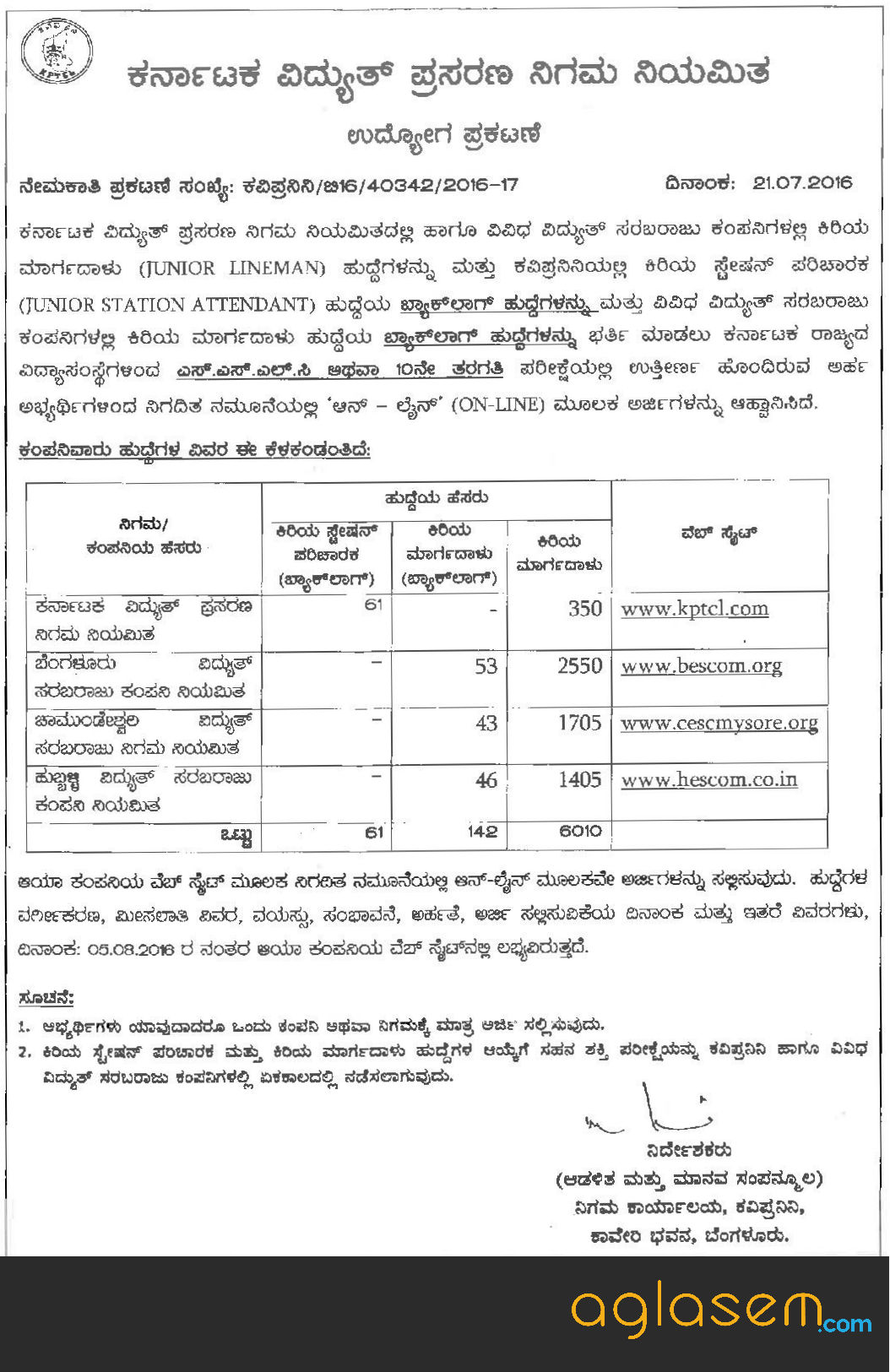 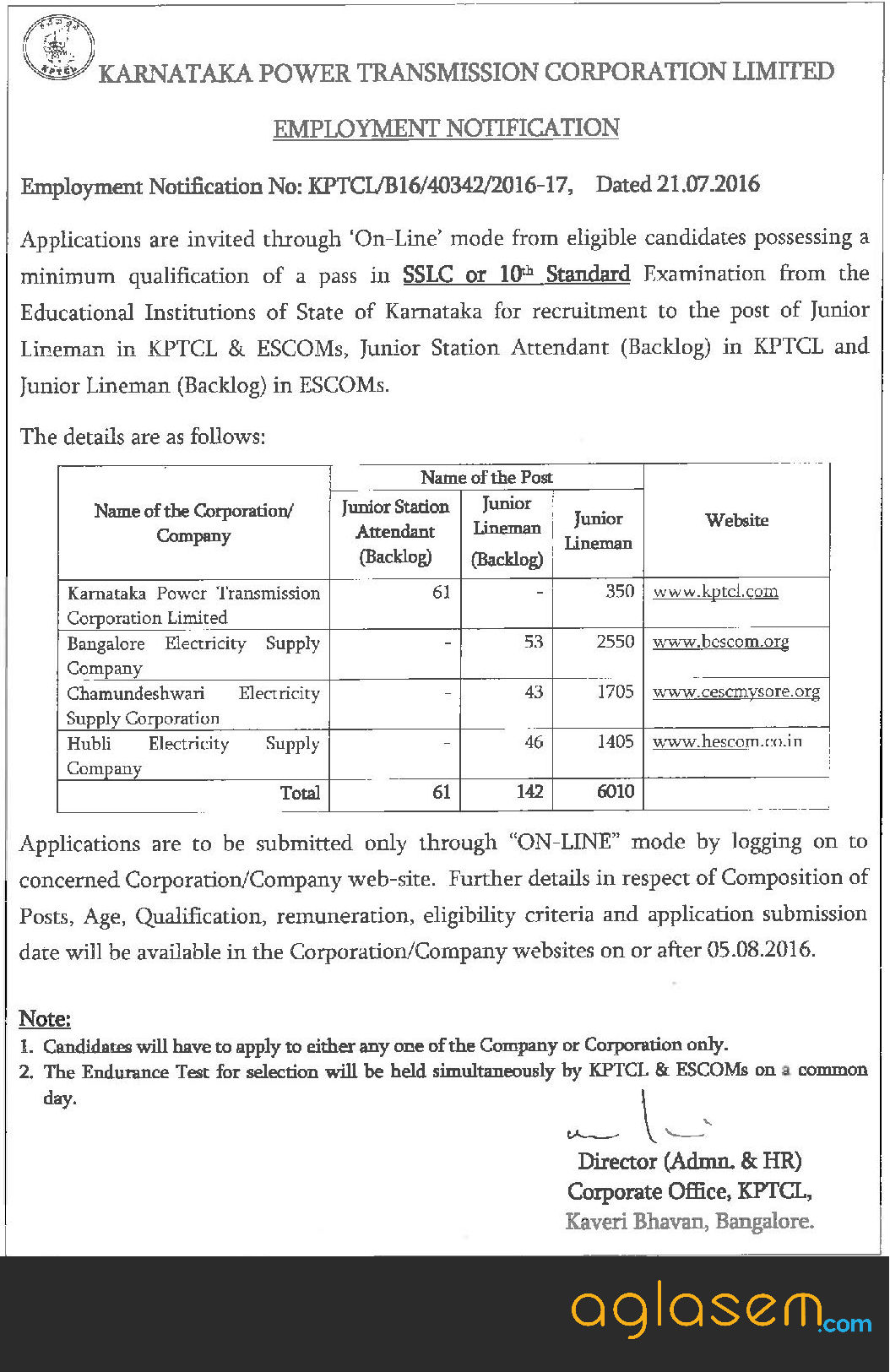 If you have any queries regarding KPTCL JLM, JSA Recruitment 2016, please ask in comments below.