LPU Admission 2022 Open
Latest: The KSET Final Answer Key has been released, check it from the “Answer Key” page link given in quick links.

Candidates who qualify the KSET will be governed by the rules and regulations for recruitment of lectures / Assistant Professors of the concerned University / Colleges / Institutions (Government / Aided / Private) in Karnataka State. The Certificate issued for the KSET eligible candidate from this office will have lifetime validity. This year (2017) KSET center will be conducting tests in 39 subjects at eleven (11) Nodal Centers spread across the Karnataka state.

Note: Printout of Online Application Form sent directly to the K-SET Center, Mysore will not be entertained.

Age Limit – There is no upper age limit to apply for KSET examination.

Paper-I: General Paper is on Teaching and Aptitude:

The Eleven KSET Centers where test will be conducted in Karnataka State with their respective codes are given below. The candidate can select any one Test Center for KSET. 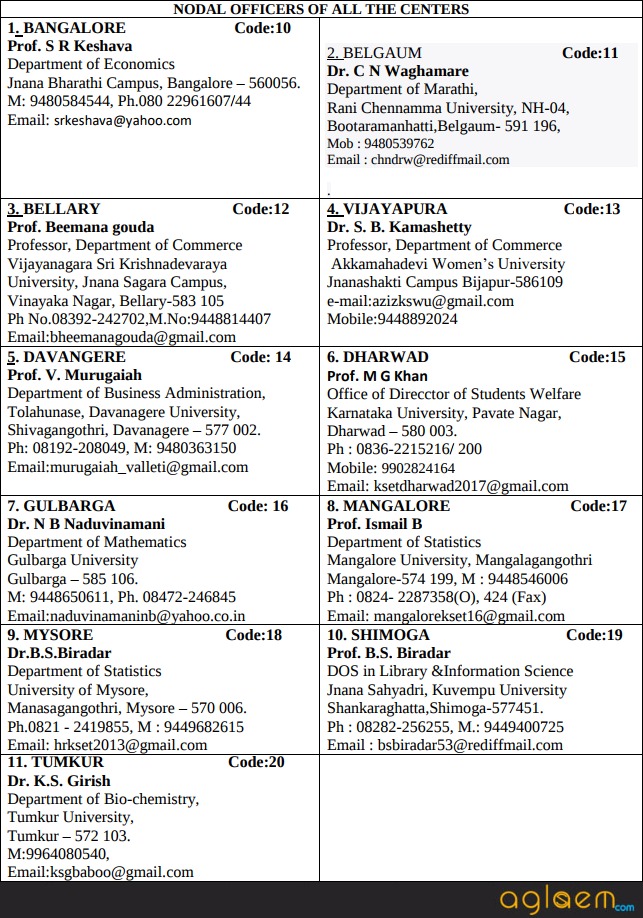