by AglaSem EduTech
in Uncategorized

Latest: The Result has been released, check it from the “Result” page link given in the quick link box.

Lucknow Metro Rail Corporation is going to conduct the various examination to hire 386 employees on 2 posts. The candidates who want to pursue their career with Indian railways applied for the any of the posts. The candidate needs to qualify the eligibility criteria in order to recruited in LMRC. LMRC released the application form on the official website. The candidates want to participate in the recruitment process can follow the provided schedule.

The candidates who applied are advised to follow the given schedule strictly.

Nationality: Candidate should be Indian National. 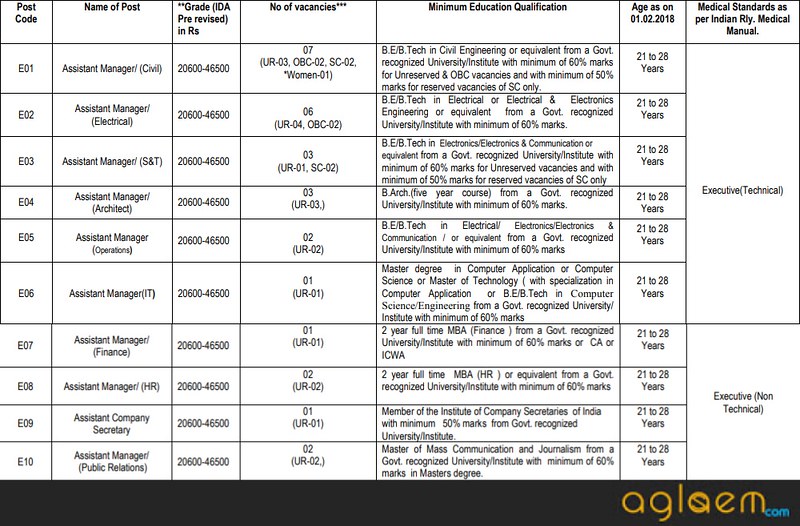 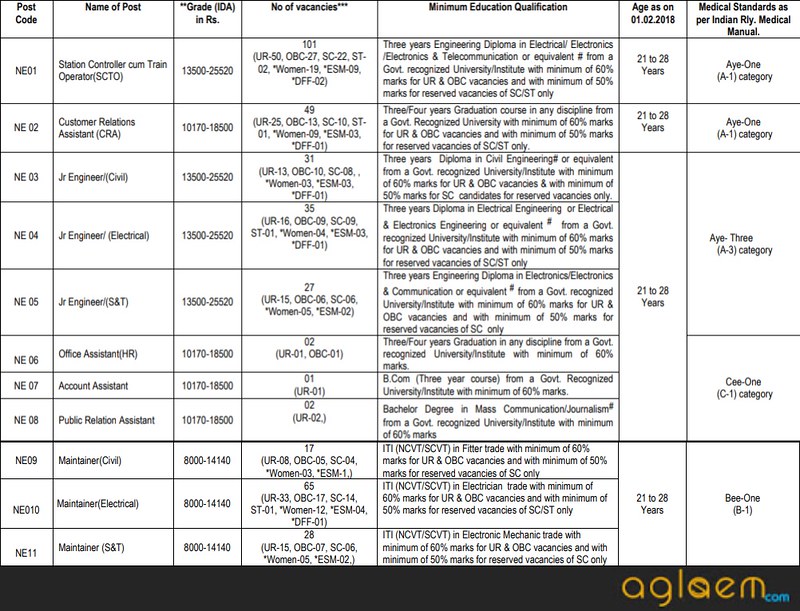 The result of the different test will be declared once the whole examination process will be over. All candidates shall have to undergo the medical fitness test and should meet the medical standards as per Indian Railway Medical Manual for various posts. And candidates also have to go through the written test as well. So only those candidates who will meet the medical standards set by the authority can able to attend further process in the recruitment process. So the result will be declared after conduction of the written test. The candidates can their results at http://www.lmrcl.com or on the direct link provided on the “Result Page”.

Note: LMRC reserves the right to introduce additional phase of written examination in compelling circumstances for screened candidates on the basis of performance in written test and decision regarding calling such number of candidates shall be decided by LMRC only.

The selected candidates on appointment will be on Probation for a period of two years (including a period of training), where they will undergo intensive training for the prescribed duration. LMRC has right to enhance or reduce the training period. During the probation period candidate has to go through the various examination.

The candidates selected under post Executive cadre & Non-executive will have to deposit cost of Training through demand draft in favor of “Lucknow Metro Rail Corporation Limited” before joining in LMRC. The Training Fees will be refunded after completion of three years service excluding LWP/Extraordinary leave.

Cost of Training have to paid by the candidates

The candidate who will clear each and every step of the recruitment process of LMRC will be finally selected by the LMRC. The candidates will get the salary according to pay scales under the IDA (Industrial DA) as applicable from time to time and other benefits which include Perks etc.