by Anand Meena
in ALP Technician

RRB ALP Score 2018-2019 – Railway Recruitment Board (RRB) has announced RRB ALP CBT 3 Score. It has been announced online, via login. To check RRB APL Score 2019, the candidates need to enter user id and password. The login is available at the official website of 21 RRBs and is also available below on this page. There are multiple scores of RRB ALP and these are raw score, pro-rata score, and normalized score. You can check RRB ALP Score 2018-2019 and more details on it, from this page.

Latest:  The result for RRB ALP CBT 3 has been announced. Check below.

Along with the score of RRB ALP CBT 3, the master answer key of RRB ALP is also released. All the important dates related to RRB ALP Score 2019 are as follows:

The candidates who appeared for Stage 3 CBT can check their score by simply following the instructions as given below: 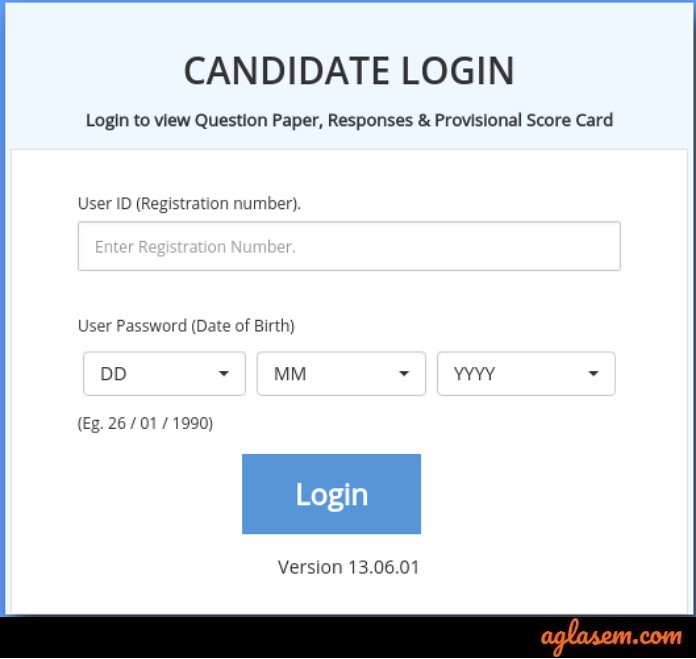 Note: The RRB ALP CBT 3 scorecard of Part A and B are released separately. Candidates must check both of them carefully. 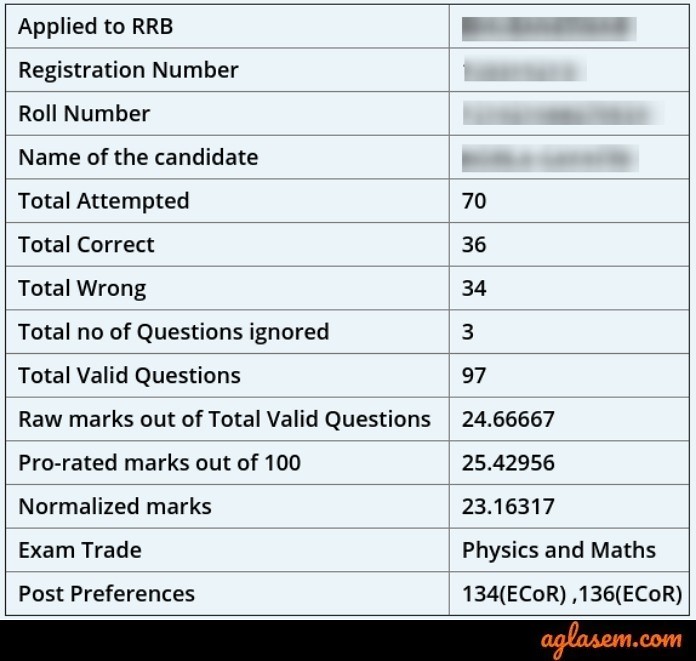 There are two types of RRB scores. One is the raw score and another one is the normalized score of RRB ALP. The candidates can check the details about both from below:

RRB ALP CBT 3 Raw Score: It is that score which is prepared on the basis final answer key and as per the marking scheme. As many correct answers, the more the score will be.

RRB ALP CBT 3 Normalized Score: Since RRB ALP CBT Stage 3 exam was held in multiple shifts, the Board had to normalized the score to ensure that no candidates are at a disadvantage due to the level of difficulty. RRB never disclosed how it normalizes score but usually, normalization is the comparison of candidates scores with that of others.

Only those candidates are going to appear for the Computer Based Aptitude Test who have applied for the post of Loco Pilot. There is no negative marking in the third stage. The candidates shortlisted for this round is 8 times the number of vacancies. There are five test batteries in this round which are Memory test, Follow directions test, Depth perception test, Concentration test, and Perceptual speed test. In each of the test battery, candidates have to obtain 42 marks to qualify this round.

Applicants applied for the post of Technician are directly called for the Document verification after CBT 3 test. 50% more candidates than the number of vacancies are called for the standby list. Document Verification checks the eligibility claims of the candidates whether he / she is eligible to be appointed for the post or not. For this round, candidates are required to produce the documents either in English or Hindi. If the document is in some other language then one has to present the self-attested translated version of the same on the specified day of document verification

RRB ALP / Technician Recruitment 2018 is one of the biggest recruitment by the Indian Railway. It is begin conducted to fill a total of 64371 vacancies. Of these, 36576 are for the post Technician and 27795 are Loco Pilots. The selection process included CBT 1, CBT2, CBT 3 (only for Loco Pilot), followed by document verification.

The revised result for the first stage CBT for RRB ALP Technician 2018 can be checked online. It is available in the pdf format and consist of details of only the qualifiers. The candidates who have been shortlisted for Second CBT on the basis of their merit in Stage 1 CBT and post preference.

How to Check RRB ALP Technician

The candidates can check if they qualified for Stage 2 CBT or not by following the instructions below.

In total there are 21 Railway Recruitment Boards. The candidates have already selected their RRB and preferred post. The candidates can check all the details for 21 RRBs from the link below.