How to do RRB ALP Objection 2018? Know the process for challenging ALP Answer Key 2018

by Ginni Tyagi
in Group D

Latest: RRB has released objection tracker for RRB ALP objection 2018 for its Stage 1 CBT. Check the details below.

The objection window, as given at a free cost, will remain open for a limited number of days- 5 days to be precise. Check the table for dates concerning RRB ALP objection 2018

What Can You select for RRB ALP Objection 2018?

The type of questions objected under RRB ALP objection 2018 is mentioned as follows: 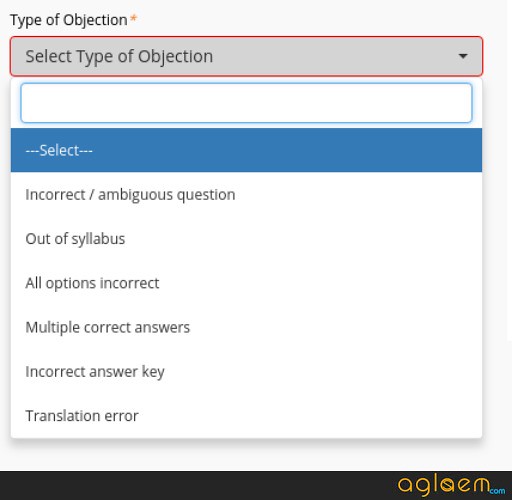 Note: Answers mentioned under the ‘Candidate Response’ under RRB ALP 2018 answer key are provisional answers. Final answers will be released after the answer keys have been analyzed by Objection Management. Also, the final evaluation under RRB ALP 2018 will be done once RRB ALP objection 2018 window is closed.

All the candidates who appeared for RRB ALP 2018 Stage 1 CBT will be able to check RRB ALP 2018 answer key. If in the provisionally released answer key a candidate finds any question/alternative to be contested, RRB gives the provision to do so within the stipulated time. Go through the questions and answers carefully before proceeding with RRB ALP Obecjtions 2018.

Objections must be raised only against Questions and their given alternatives.

Step 1: Candidate Login- Open the official website or click on the link given above. Enter ‘Application Sequence Number’ in the User Id section and the ‘Date of Birth’ under User Password section. Hit click ‘Login’. 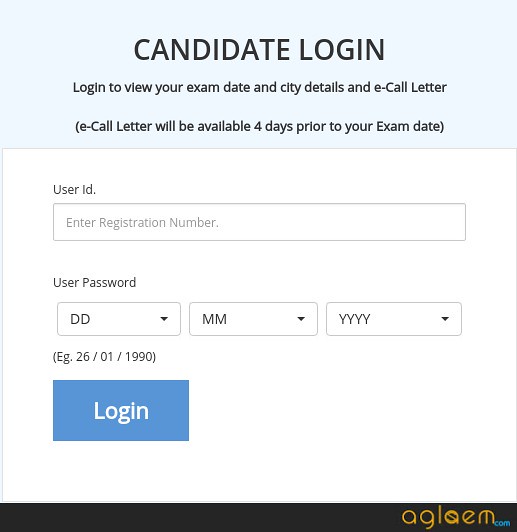 Step 3: Objection Tab-  Click on ‘Create New Objection’ after checking which question is incorrect or out of syllabus or requires an objection to be raised against. Refer the image for the location of the same.

Step 4: Create New Objection- A loading page will open once the above-said section is clicked. Wait for the website to retrieve and load per candidate exam information.

Step 5: Instructions Page- Now, a set of rules will be visible on the screen. Read the rules carefully for RRB ALP objection 2018. Follow every mentioned rule. Once read, click on ‘Close’ to proceed further. 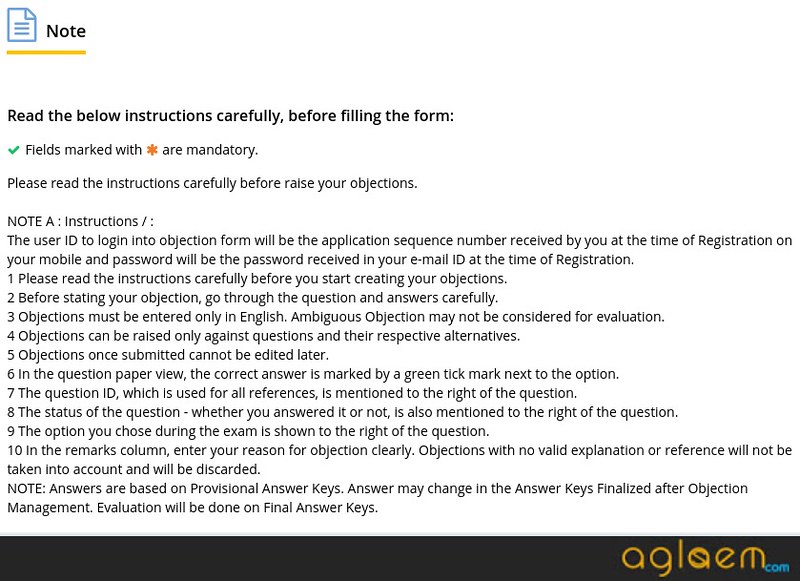 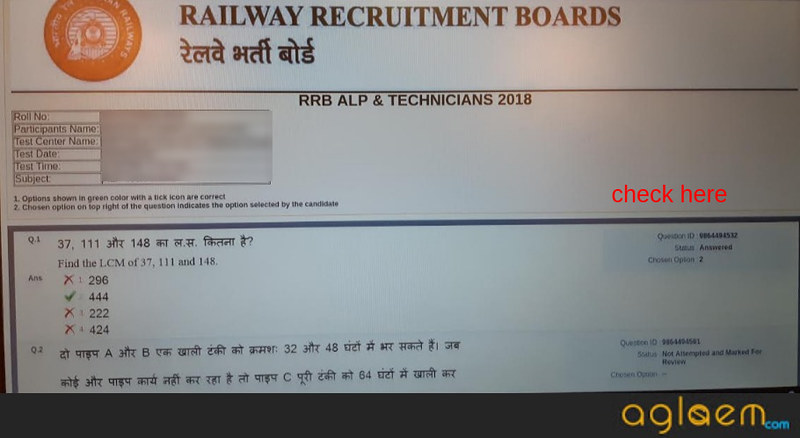 Step 7: Submit RRB ALP Objection 2018- Add the correct question id, fill the accurate question/answer that seems correct as per the candidate. Mention an explanation stating the reason why a question/answer needs to be objected. Once done, click ‘Submit’.

If you have any question on submitting the objection in RRB ALP Answer Key 2018, let us know in the comment section below.
RRB ALP and Technician