by AglaSem EduTech
in ALP Technician

The candidates are notified that the modification is only allowed in the photograph and not in the details. If there is any other error found in the application of candidates it cannot be modified. Similarly, if candidates could not be able to modify the incorrect photograph within the given period of time, their applications will also get rejected. Thereafter, no further representations will be considered. The schedule for the same is provided in the table below. 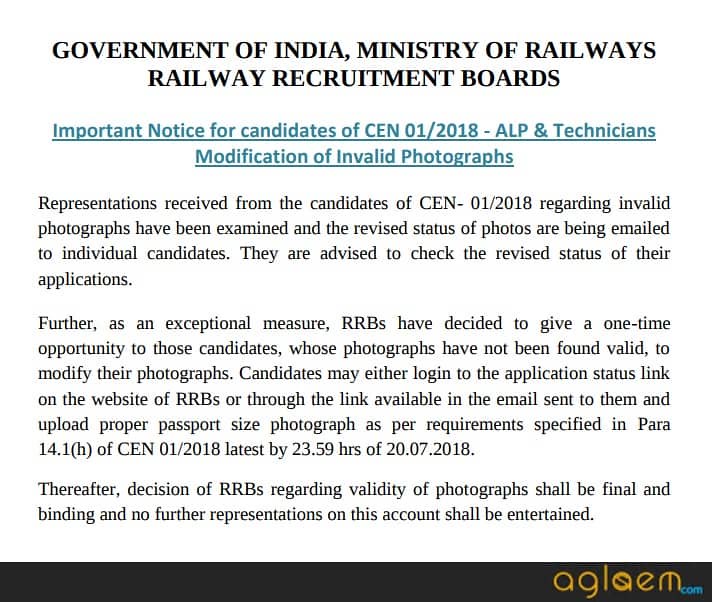 RRB ALP 2018 Modification of Photograph can only be Done Once

According to the latest official notification, students can now modify their invalid photograph. It is important to note that RRB will not open for the photo modification again. The modification can be done by logging into the official login or can directly do it through the direct link e-mailed to them. Once the deadline to make modification lapse, the facility will not be provided.

What Are the Correct Specification of Photograph?

As the candidates can modify their incorrect photographs, so they must be aware of the specifications of uploading the photograph. The photograph must comply with the following requirements listed under.

How to do RRB ALP Photo Modification 2018?

As this is the official and final notice regarding the modification of incorrect photographs. Candidates must know the proper steps to make new changes and upload the appropriate photograph. 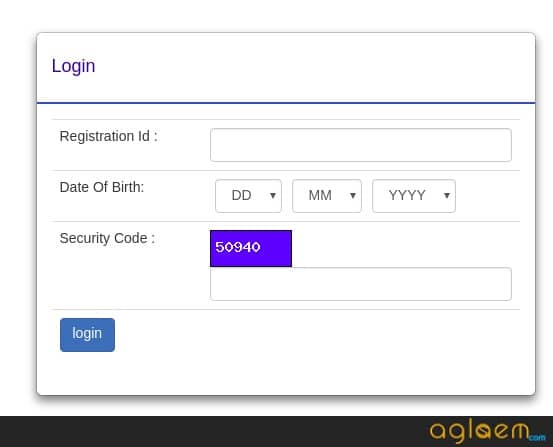 By following the steps mentioned above candidates can modify their incorrect photographs. We will suggest the candidates that they must do it by July 20, 2018.

The Railway Recruitment Board has introduced a biggest online examination to employ a huge manpower. Approximately 2.3 crores of candidates applied for the Railway Recruitment 2018. The two prominent recruitment introduced by the board is of Group D and ALP. In RRB Group D 2018 there are total 62,907 vacancies available. RRB ALP 2018 consists of total 26,502 vacancies. There are 21 RRBs that are conducting RRB ALP 2018 exam. Out of those 21 RRBs, only 16 RRBs are conducting RRB Group D 2018 exam. Both the exams will tentatively hold on in the month of August / September 2018 and will take place online. According to the performance of candidates, the final recruitment will be decided.