On November 03, 2018 Railway Recruitment Board (RRB) has released the result of the first stage of CBT. So, all the candidates who were eagerly waiting for their result can now check their result of CBT-1. Railway Recruitment Board (RRB) has released the list of the roll numbers of all the qualified candidates in the pdf format. There is no option for RRB ALP result name wise 2018. To check your desired result you need to first check out your roll number and then login yourself in order to check your scorecard. Now, know here how to log in yourself, cut off, and many more. Let’s check it out.

Amity University Admission 2022 Open
Latest: RRB ALP Result 2018 has been released. To check it visit the link below.

Railway Recruitment Board (RRB) has declared the result officially on its website- indianrailways.gov.in. However, you can also check your result through the link provided here. RRB has conducted the first stage of Computer Based Test (CBT) from August 09 to September 04 2018. Now, the board has come up with the list of the shortlisted candidates on the basis of the merit list and the post preference. RRB has released the result roll number wise rather than the RRB ALP result name wise 2018. All those who are shortlisted become eligible for the second stage of Computer Based Test i.e CBT-2. Now, first have a look at the table of the important dates given below.

RRB has released the list of the roll numbers of the qualified candidates. So, after checking out your roll number you need to check your scorecard through the steps provided below.

1st Step- In a very first step click on the link of the result available on this page.

2nd Step- A login window will appear on the screen.

3rd Step- Here you have to enter your registered user id, the date of birth and the captcha appeared on your screen. The registered number is same as you received while filling up the application form. 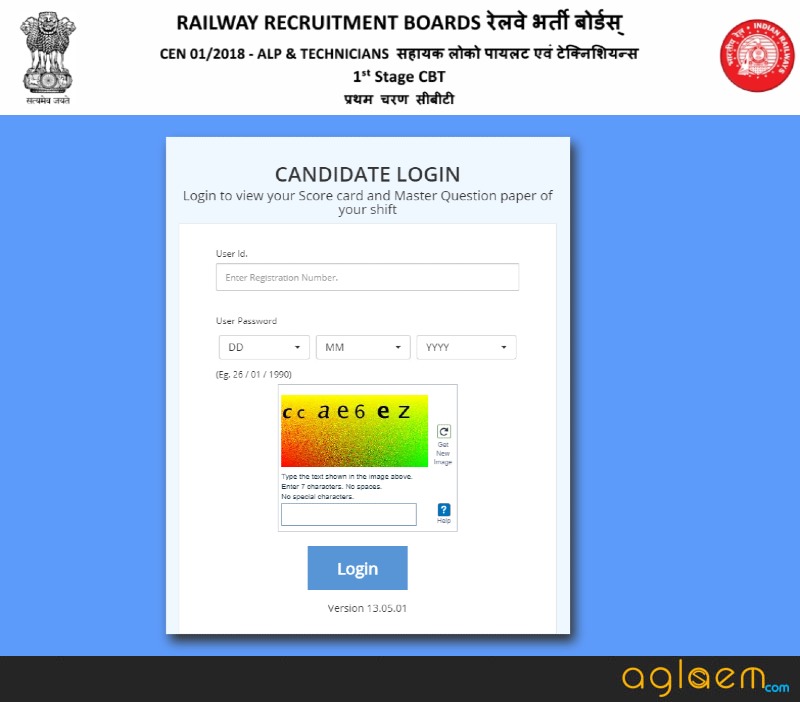 5th Step- Your RRB ALP scorecard 2018 will appear on the screen.

6th Step- Check your marks download it and start your preparation for level 2.

Know here what your RRB ALP scorecard of a computer-based test (CBT) stage 1 consists of. So, let’s check out the points described below. 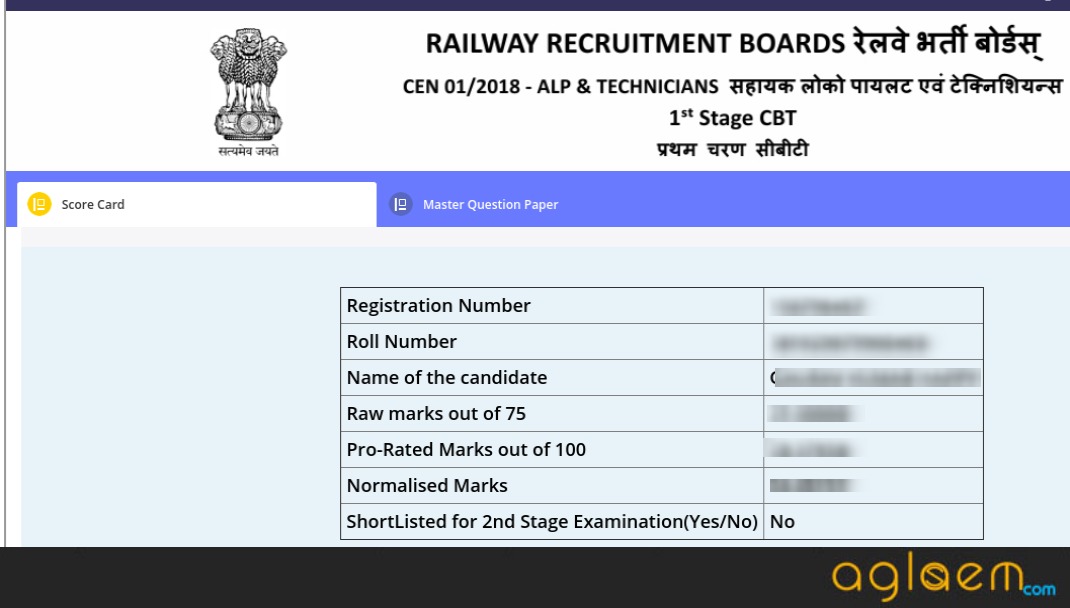 RRB has conducted its first stage of CBT in different shifts by the first week of September and now the board is now ready for its second stage of CBT. In the first stage, candidates received the raw score and the normalised score. The raw score is the score based on the marking scheme. While the normalised score is the score based on the overall comparison of marks with others. This Normalised score is provided for maintaining the level of the difficulty of question paper at an equal scale.

Railway Recruitment Board RRB has completed its first stage of CBT by a declaration of the result. Around 47 lakh students have appeared for the first stage. RRB has released the list of the roll numbers of the shortlisted candidates in the first stage. Along with the result the board has also released the master question paper and the answer key for the same. RRB is now focusing the for the second stage of Alp and the technician recruitment process. The test will conduct from December 12 to December 14, 2018.

Congratulations to all who qualified its first stage of RRB ALP recruitment process 2018.