According to the latest update, about 25 million candidates have applied for 89,409 vacancies announced by the Railway Recruitment Board. Out of these vacancies, 6087 vacancies are announced for RRB Banglore. The candidates can check out the below dates related to the RRB Group D Admit Card by RRB Banglore.

The candidates who have successfully applied for the RRB Group D examination will be provided with an admit card for the Computer Based Test (CBT). Candidates check application form status to confirm if they will be getting admit card or not.

CBT Admit card:  CBT Admit card will be issued to that candidate who has completed the application process successfully and is eligible for the exam. CBT is the 1st phase of RRB Group D exam.

Those candidates who will qualify CBT examination will be issued a separate RRB Ahmedabad Group D Admit Card 2018 for the Physical Eligibility Test (PET). The admit card for PET will also be released online and the process to download it will be the same as above.

Step3. To access the RRB Group D Admit card candidate have to enter the user id and password ( date of birth (dd/mm/yyyy) as entered during the online application stage. 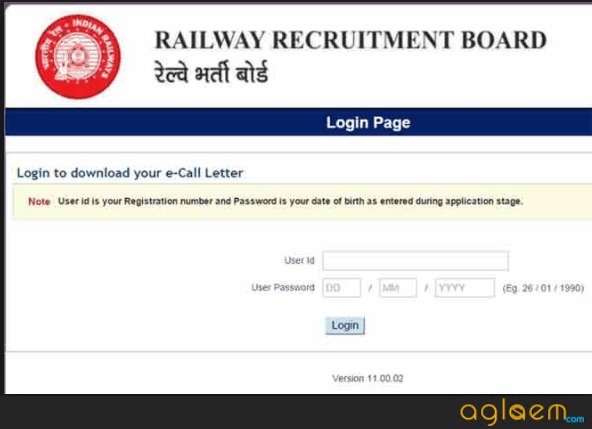 Step 4. Check the information on the RRB Admit Card and take the print of it.

Note: Once the RRB Admit Card is issued candidate cannot change the location

After downloading the Admit card candidates have to check the information printed on the RRB Group D Admit Card. Below is the printed information. 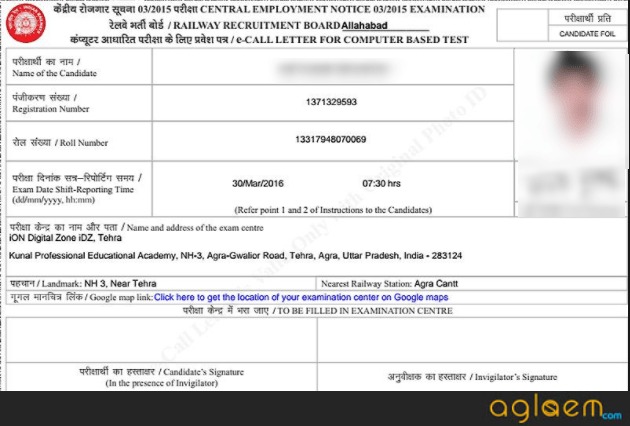 Note: Original ID proof is required on the exam day. 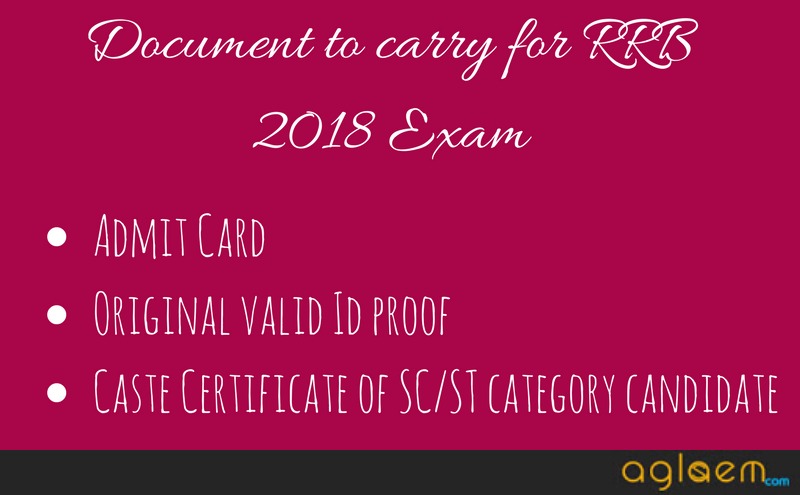 Railway Recruitment Board (RRB) Bangalore was set up in April 1982. RRB/Bangalore is housed in an independent office building in No.18, Millers Road, Bangalore Cantt. – 560046.