by Anwesha Bose
in Other Govt Jobs

Staff Selection Commission will declare SSC CHSL Tier 1 Result 2017 in the month of March. A huge number of government job aspirants had appeared in Combined Higher Secondary Level exam from 7th January to 8th February 2017. Recently, SSC released official answer keys. Now the Commission will evaluate papers of test takers and calculate scores on basis of final answer key. As soon as result releases, candidates can check SSC CHSL Result at ssc.nic.in. Through this article, you can know about SSC CHSL Result 2017 for Tier 1 such as date of declaration, how to check result, expected cut off, past year cut offs.

Date of announcement of result – Exam was held on all dates between January 7, 2017 to February 8, 2017. After that the Commission released question paper and answer keys on March 15, 2017. Now SSC is likely to announce CHSL result in the month of March 2017. 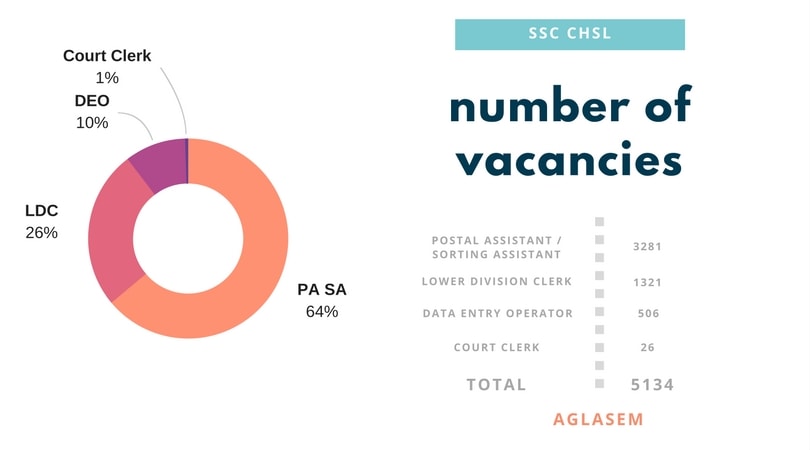 Staff Selection Commission will declare the result of CHSL Tier 1 Examination 2017. Government job aspirants who appeared in the LDC DEO PA/SA (10+2) examination they can check their result from the website of SSC – ssc.nic.in.

The Staff Selection Commission (SSC) is the official body looking after organising of Combined Higher Secondary Level (CHSL) 2017 which is among the most popular government job exams in India for class 12 pass candidates. SSC CHSL 2017 was held on 7 Jan 2017 to 8 Jan 2017 when applicants appeared for it. SSC CHSL 2017 Tier 1 is a computer based test. The question paper and answer key is now available in online mode from March 15, 2017. Prior to that, the application form of SSC CHSL 2017 was active from October 8 till November 25, 2016. Now that exam is over, the Commission is going to announce the results likely in March, 2017. It is important to realize that to clear SSC CHSL candidate needs to qualify in Tier 1, 2, 3, 4. In SSC CHSL Tier 1, candidates attempted questions on General Intelligence, English Language, Quantitative Aptitude, General Awareness. Once they qualify as per SSC CHSL Result, candidates will get job in posts of Postal Assitant / Sorting Assistant, Lower Division Clerk, Data Entry Operator, Court Clerks. You may be interested to know that more than 64 lakh candidates had appeared for SSC CHSL. Stay tuned to this article to know more about the result, cut off and more of SSC CHSL 2017.