Staff Selection Commission (SSC) will conduct Central Police Organization exam from June 04-10, 2018. The exam will take place in 2 shifts. SSC has organised computer based tests for CPO (SI/ASI) recruitment. This article will be helpful for those aspirants are going to appear for SSC CPO Tier I exam and will be waiting for the result of SSC CPO 2018. Check the complete analysis of SSC CPO 2018. This analysis will give you an idea of:

Scheme of the Examination

The exam will consist of two papers- Paper 1 and Paper 2. Questions asked in both the papers will be Objective type and questions will be set in medium Hindi and English in Parts A, B, C  and D of Paper 1. For every wrong answer, 0.25 marks will be deducted. Only those candidates who will be qualified in PET/PST and found medically fit can appear for Paper 2.

If we analyse the good attempts of SSC CPO 2017 examination for shift II we get following information regarding all the subjects:

For the convenience of the candidates, we have done the complete analysis for July 02, 2017, SSC CPO exam shift II. Candidates are advised to take a look at the analysis:

For Part I- Reasoning

In reasoning part, the questions were asked on various topics such as Direction and Distances, Series, Venn Diagram Problem, Paper Cutting and Folding, Word Formation etc. All the section questions belong to easy to moderate level. Whereas, Dice problems and Counting figure questions were difficult to solve. Overall the reasoning part is considered to easy to moderate level as similar to the shift I paper.

The general knowledge section includes questions from History, Geography, Economics, Current affairs, Science, Computer, Polity and Environment ad Ecology. IT was analysed that tough questions were asked from the economics section. Whereas, the questions from rest of the sections were easy or moderate to handle. As per the entrants, GK part was quite moderate for them and was a bit similar to previous year paper.

The Idiom Phrases questions were the toughest questions that were asked in English Comprehension Part. The tough questions were also asked from Synonyms & Antonyms section of Part III. Whereas the overall questions were easy to handle such as Sentence Improvement, Fill in the Blanks, One word etc.

If we see the overall analysis of SSC CPO 2017 Tier I shit II examination for all the parts, there was a mismatch of easy and moderate questions in all the subjects. Whereas the frequency of the tough questions was low.

The SSC CPO Examination has been held from July 1, 2017, to July 7, 2017. As yesterday (July 2, 2017) was the second exam for the Central Police Organisation (CPO) examinations. It is conducted in the two shifts i.e. 10:00 AM to 12:00 PM and 2:45 PM to 4:45 PM. This is the first time that the SSC CPO Examinations are being held through online mode and therefore the questions that have been asked are quite different from the previous years.

Each exam of the SSC CPO 2017 is divided into four parts i.e. General Awareness, Reasoning, Quantitative Aptitude and English Comprehension. Each part is carrying 50 questions and each question is of 1 mark (total 50 marks for 50 questions). The total number of questions asked comprising all the questions came in the four parts are 200 questions. The mode of examination is computer based and the total duration of each exam will be of 2 hours.

The SSC CPO 2017 second exam that was held yesterday (July 2, 2017) was a Moderate level examination. According to the questions asked in the four parts, the number of good attempts based on the Section-wise for the examination is as follows:

As per the previous year’s cutoffs, it is expected to have excellent results this year also in the SSC CPO 2017 examinations. The previous year’s SSC CPO cut off for all the qualified candidates are as follows:

So, this year also it is expected to get excellent results in the SSC CPO 2017 examinations. All the best to all the candidates who are giving the examinations.

The paper contained familiar reasoning topics that are asked in almost all entrance exams including the most reputed ones. Most number of questions were asked from the following topics:

Verdict: Most of the questions were easy and handful of them had a level ranging from easy to moderate. The reasoning section has always been a time consuming affair but offers chance to score high. All and all, it was a segment that favoured almost everyone and students must be quite delighted while solving this intelligence-based part.

General Awareness is a section that could fetch you points if you were regular with newspaper reading and has been memorising the facts from an authentic general knowledge book. This section revolved around the topics such as History, Economics, Current-Affairs, Geography, Art and Culture, Science, Polity, Environment and Ecology, Computer.

Verdict: If you go through the pattern closely, you can figure out that most of the topics were moderate but few of them were easier too. A knowledgeable and well-informed candidate would have found this fact related section amusing to solve.

Surprisingly no questions were asked from Trigonometry and quant was the most difficult section among all. Mathematics is a subject of accuracy and calculation and SSC made sure that students were engaged in bringing out the same. Well-understanding of concepts and regular practice would definitely favour those who implied the same during the preparation time.

Verdict: Quant section was filled with questions that could muddle your mind if you didn’t understand the concepts thoroughly. Your hard work and devotion to the subject would definitely pay-off if you struck the right chord.

If English is a movie then grammar is the protagonist, almost the whole paper is full of grammatical questions and had a decent level of questions that would have assessed aspirant’s grammatical skills. Reading section was quite easy for regular readers and they shall definitely fetch full points.

Verdict: If reading and writing is your hobby then you have bright chances to score because without doubt you must be decent with grammar and reading skills. Those who do not like to read would have found the reading comprehension a bit tricky to solve and vocabulary part wasn’t easy at all and many shall lose their marks in synonyms and antonyms.

The number of questions asked in each section: 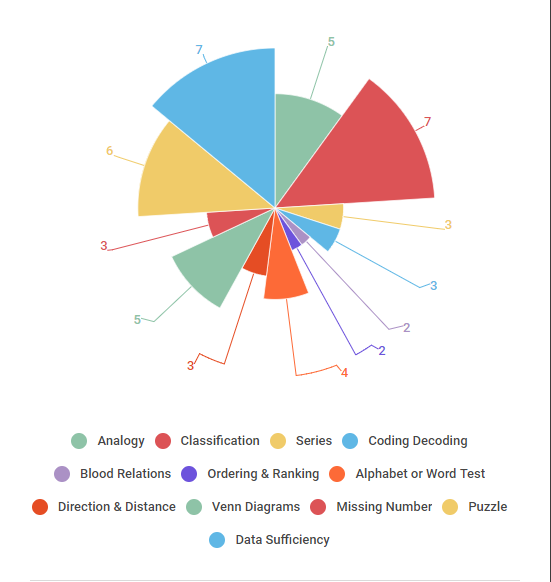 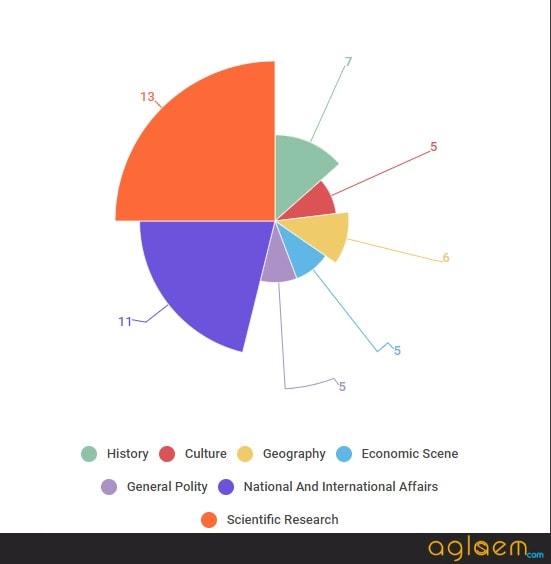 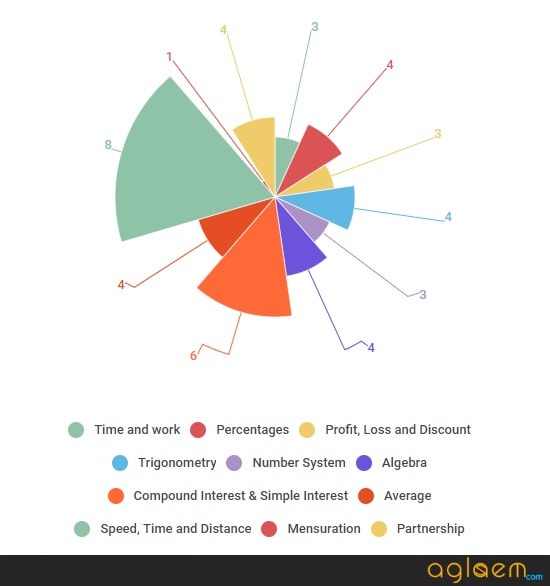 The SSC CPO is a prestigious recruitment exam under the Central Government of India. The written examination is scheduled from July 1, 2017, to July 7, 2017, in two slots i.e. 10:00 am to 12:15 pm and 2:45 pm to 4:45 pm. To get all the important instructions, the candidates will need to go through the official website www.sss.nmic.in.

To crack any competitive examination, candidates are first, needed to be focused and hardworking. For the SSC CPO written examination, there are things to keep in mind which is as follows: Candidates must read a newspaper on the daily basis as it will help them to be aware of the current affairs and also improve their vocabulary and reading skills. Secondly, when they have covered up all the topics, then they must start practising it through Mock Tests daily and analyse them by recording the scores. Candidates can also practice short-quizzes as well as the Previous Years Question Papers, as this will enhance their understanding and confidence for the examination.

Candidates must have the full knowledge about the syllabus of the examination along with a proper time-schedule for studying. Candidates should focus on their strong topics and as well as work on their weak topics. The most important thing for all the candidates to keep in mind is not to stress too much and organize in a well-set way to cover up each and every topic. Success can’t be achieved instantly; it needs consistency, regularity and persistence in the each and every candidate’s hard work.

A large number of govt job aspirants appeared for the SSC CPO 2016 for which Paper 2 was held on December 18, 2016. Staff Selection Commission had selected more than 46000 candidates for PET and such candidates who qualified PET could appear for Paper 2. Now that the Paper 2 of SSC CPO 2016 is over, we present here SSC CPO Analysis and Expected Cut Off 2016. Recruitment for Sub Inspector in Delhi Police, CAPFs and Assistant Sub Inspector in CISF by Staff Selection Commission is commonly referred to as SSC CPO 2016 or SSC SI ASI 2016. Now while waiting for the result of SSC CPO Paper 1 2016, statistics such as SSC CPO Expected Cut Off 2016 is helpful for all candidates. Given on this page are expected SSC CPO cut off based on exam analysis, last year’s statistics, and other secondary data.

Paper II was in English Language and Comprehension. It had 200 questions of 200 marks. Candidates appeared for the test in two shifts namely morning and evening. While morning shift was from 10 AM to 12 noon, the afternoon or evening shift was from 2 PM to 4 PM.

Question papers in both the shifts are of similar difficulty level consisting of objective multiple choice questions.

As can be seen above, candidates would get 1 mark for every right answer, and 0.25 mark is deducted for incorrect answers. 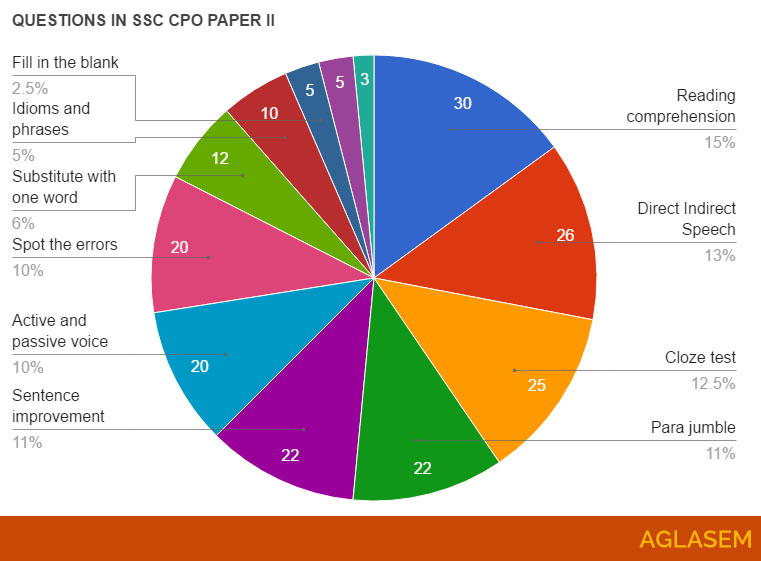 After a thorough discussion with candidates who appeared for the exam, it was deduced that the SSC CPO exam for posts of SI in Delhi Police, SI is CAPF and SI/ASI in CISF was of moderate level. It was in line with last year’s exam and wasn’t too tough, nor too easy.

Here is a table to provide the analysis of difficulty level of the 2016 paper:

Cut off is an important factor in determining whether the applicant will succeed to next level of recruitment or not. Based on previous year’s SSC CPO SI/ASI examination and a thorough analysis of this year’s paper, the following cut off is expected for 2016:-

SSC is conducting recruitment exams to fill vacancies in Central Police Organization (CPO). The vacancies are for the post of Sub-Inspector in Delhi Police and Central Armed Police Force (CAPF) and Sub Inspector & Assistant Sub Inspector in Central Industrial Security Force (CISF). The first phase of written test has been successfully conducted. After the declaration of results, selected candidates will undergo several medical and physical tests for final recruitment.