Staff Selection Commission (SSC) will release SSC MTS 2018 Admit Card at ssc.nic.in. As soon as application process overs, SSC will issue the MTS Admit Card to those who will fill the application in time. It will release the admit card in online mode only, apart from that, no other mode will be available for downloading the same. Hence SSC will not send the admit card by post. To download the SSC MTS Admit Card, the candidates have to enter resgisatration number and password on the official website. Because of two phases in the selection process, SSC will release the MTS Admit Card 2018 twice. Get here complete details of SSC MTS 2018 Admit Card, as well as get the link below to download the same.

Usually, SSC releases the admit card two weeks before the exam. But as official notice doesn’t contain the date of exam so we can’t conclude the admit card releasing date. As soon as SSC releases any notice regarding recruitment, we will update the page. Till then you can check the schedule of the exam.

Admit Card: The admit card of SSC MTS will be available at www.ssc.nic.in 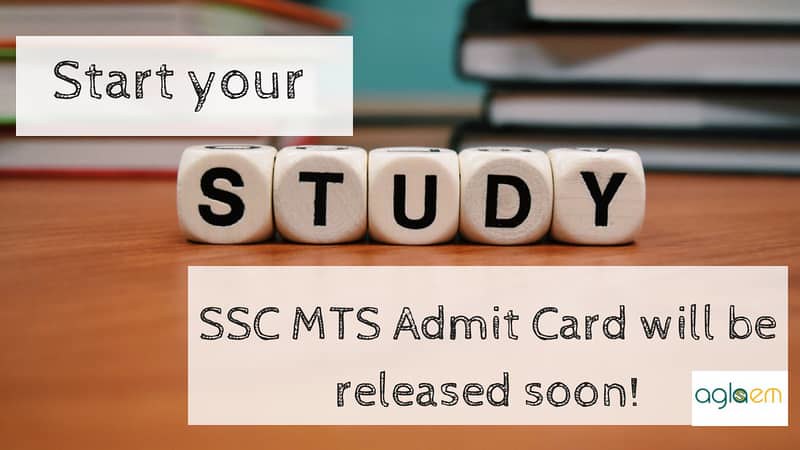 Apart from releasing the admit card on its official website, SSC will release the SSC MTS 2018 Admit Card on its regional website, There are total 9 Regions under SSC. The candidates will have to download SSC MTS Admit Card 2018 from its own region. You can check the regions and their official websites from the table given below:

According to the selection process, SSC will release the Admit Card for Multitasking Staff Paper -I firstly. Those who have filled the application form on time will able to download SSC MTS 2018 Admit Card. The candidates have two options to download the Admit Card, either they can visit the official website, or they can click on the above link.

How to Download SSC MTS Admit Card 2018 with Above Link?

Keep the Admit Card safely for the future reference.

Below is the list for the particulars present on Admit Card.

What if Unable to Download SSC MTS 2018 Admit Card?

This is the condition when many of you may panic, is unable to download the admit card. In this case, candidates are advised to communicate the Commission as soon as possible. While communicating do not forget to provide your basic details accurately.

If anybody fails to do so then he/she will solely responsible for non-receipt of SSC MTS Application Form 2018. Candidates can directly consult to SSC over the phone. The contact details of the SSC are provided below as per the region wise.

What to carry? and What not to carry in the exam hall? this question can blow your mind. The candidates should refer the admit card for this. As admit card contains the proper set of instructions regarding the exam and other rules. But as, admit card is not present. So we are presenting the instructions form previous year admit card.

Things to carry in the exam hall

Note: The candidate who fails to carry these documents will not be allowed in the examination hall.

Things not to carry in the exam hall

Admit card is very important for the purpose of the exam.

The paper I of SSC MTS Exam

The Commission reserves the right to set the questions additionally in regional languages subject to technical feasibility.

Get the exam pattern and syllabus for better preparation.

The candidates have to follow these instructions in SSC MTS 208 Exam. If any candidate violates the rules set by the Commission, the Commission will take the strict action if find anyone violating rules.

SSC will organize the SSC MTS 2018 Exam all across India. The region wise examination center is listed here

After conduction od paper -I, SSC will release the result of the paper – I. The qualifiers of the paper-I have to appear for the paper-II. To appear in the second step of the selection process, candidates require the admit card for it.