by AglaSem EduTech
in Tamil Nadu

TNPSC will release the admit card separately for each stage of the exam. Becuase it divided the entire recruitment into three parts which are  Written Test, Physical Test, and Interview. The candidates must download the admit card before the exam as it is the most important document from the exam perspective.

How to Download the TN Forest Apprentice Admit Card 2018?

AN erroneous admit card could cause the problem in getting the entry at the examination venue.  So make sure your admit card is error free, any detail should not be misprinted there. For this, the aspirants must verify the admit card, instantly after downloading the admit card. For your ease, we are providing the sample of the particulars that may be printed on your admit card.

What To Carry and What Not to Carry with TN Forest Apprentice Admit Card 2018?

Check which things will help you out in the exam and which will cause a problem in the examination hall. The list contains the name of such things.

The knowledge of the exam pattern and syllabus is the primary thing when you have applied for any competitive exam. That’s why we are providing the entire recruitment scheme here. TNPSC has decided to divide the recruitment test into three parts Main Written Examination, Physical Test, Interview.

The written examination is objective in nature. The image contains the rest of the details.

The paper apart from the following subjects will be in English Only. These subjects will have the bilingual paper i. e. English and Tamil 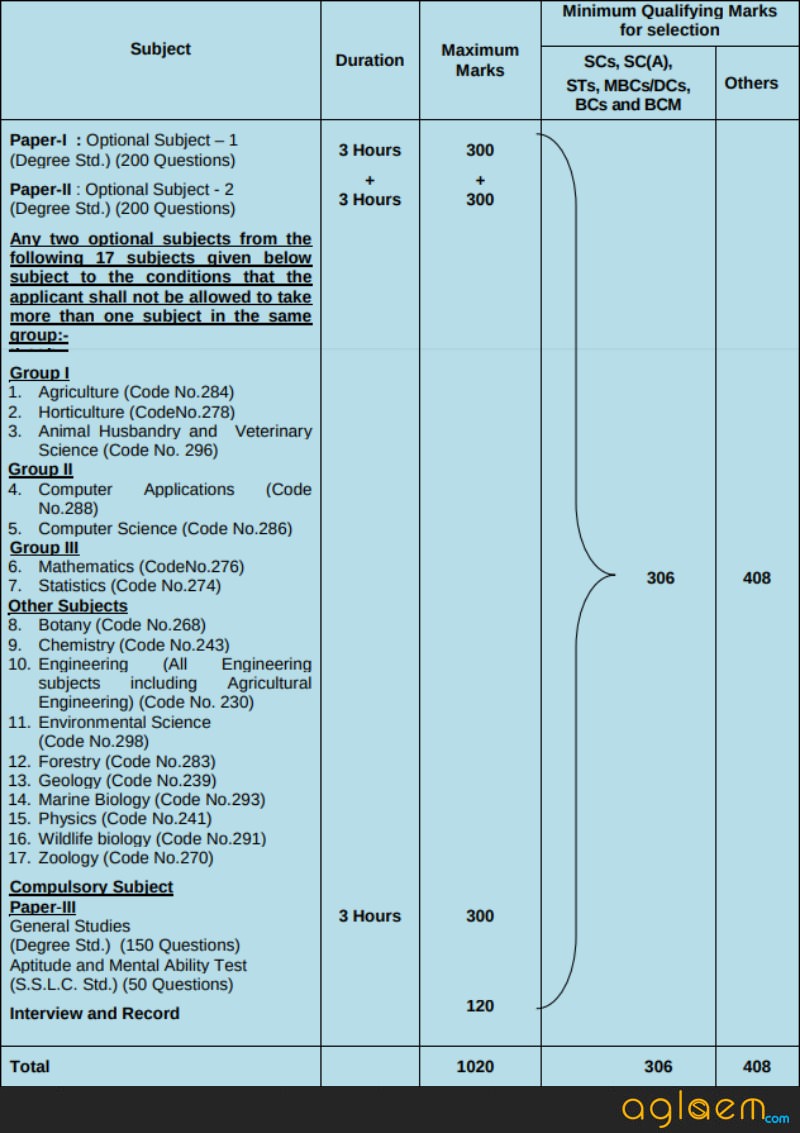 In physical Test, the candidates have to walk for some kilometers in the specified time.

The physical test is qualifying in nature. No marks will be awarded for the test.

The interview is the last stage of the recruitment.  The interview will carry 120 marks. The qualifiers of written and physical test have to appear for the Interview.

The venue for the Physical Test will be Chennai. The exact venue will be notified later.