WBSSC Result 2016 decides eligibility and merit of candidates for recruitment in total 1133 vacancies in Secretariat Offices, Directorates and District Offices under Government of West Bengal. Get here complete details of WBSSC LDC LDA Result 2016 such as important dates, instructions to check result, and procedure to be followed after declaration of result.

There are two stages in which candidates are selected for WBSSC LDC LDA Recruitment 2016. Both stages involve examination to test aptitude of candidate. Paper 1 and Paper 2 are both of 100 marks.

West Bengal Staff Selection Commission will decide cut off for each category and sub-category. Only those candidates who get marks equal to or more than qualifying cut off will be declared as shortlisted for Part II exam.

Result of WBSSC LDC LDA 2016 is announced on 16 September 2016. Now the List of 2nd Phase Shortlist candidates has been announced.

Number of candidates shortlisted is approximately 3-5 times for Part 2 examination under each category and sub category.

As some Complaints regarding discrepancies in the published answer keys of LDA 15/16 were received by this commission that appeared to deserve proper review.The commission has reviewed all the answer scripts and prepare a 2nd list of shortlisted candidates who are coming under the preview of cut of marks set for appearing for in part-II exam.

It is also important to note that candidates have to keep ready documents to prove required minimum qualification. Marks of the Candidates qualified for Document Verification and interview will be published during publication of final results.

Actual and final cut off will be published by West Bengal Staff Selection Commission (WBSSC).

Total number of applications received for Lower Division Assistant / Clerk was 374798. Result of WBSSC LDC LDA 2016 for all candidates will be declared on same day. 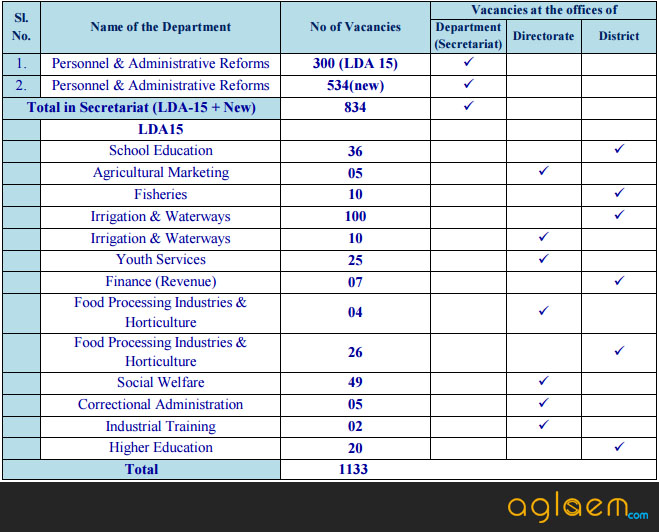 Candidates can check their OMR Answer Sheet online on the official website of WBSSC. West Bengal Staff Selection Commission has made available OMR Sheet online, which can be accessed by entering  candidates roll number and date of birth.

Result of WBSSC LDC LDA 2016 Part 2 is expected to be declared around two weeks after exam.

Questions asked in Part-II are conventional type. Topics on which questions are asked are

Paper is designed such that there are 50 marks each for Group A and Group B.

Note – The Candidates who will take Hindi or Urdu or Nepali, as the case may be, in lieu of Bengali of the Group – B of Part-II Examination shall, before confirmation, have to pass a Departmental Examination in Bengali during the period of probation.

Deserving candidates in West Bengal looking for WB Govt Job have applied in large numbers for WBSSC Recruitment 2016. Result of WBSSC LDC LDA 2016 are important as they are only point of determining merit for recruitment.

West Bengal Staff Selection Commission notified 1133 vacancies for LDC / LDA via Advt No. 05/WBSSC/2016. This includes 599 posts of LDC / LDA that was previously notified on 27/11/2015. After that, West Bengal Government Job was advertised for 534 more LDC/LDA posts.

Candidates will be appointed to selected posts on or after date of coming into force of WBSSC Recruitment rules. Candidates who are appointed into Group C posts / cadre / service / category in West Bengal Government job will be on probation for a period of three (3) years [Probation period will be two years as per Notification No. 265- F(P),the 18th January, 2016].

WBSSC Recruitment 2016 provides government job to selected candidates after satisfactory completion probation. Employee is reviewed after completion of each year. Wherever applicable, department tests are held for recruitment after probation.

Initial Pay in the Pay Band – Rs. 6, 240/- Grade Pay- Rs. 2,600/- N.B. : Drawal of salary during the period of probation (for a period of three years) – only the entry point pay i.e. Basic Pay plus Grade Pay of the concerned Group C posts or service or cadre or category shall be allowed with annual increment @ 3% per annum and medical allowance, if any.

Candidates will draw only entry point pay which is Basic Pay plus Grade Pay of concerned Group C posts or service or cadre or category shall be allowed. Along with that there will be annual increment @ 3% per annum.