Latest: Gujarat Police 2018 Admit Card 2018 for the main examination has been released. Click here to download the same.

Last time the recruitment held for the same post in 2017 but for more vacancies i. e. 17,583. Though vacancies are less hence the competition has increased. Candidates have to fight to be selected. Check here the schedule for filling the application form.

The application form was on the go for Gujarat Police Constable Recruitment. The candidates who met the eligibility criteria filled the form through the below link. The candidate filled out the form before the deadline specified by the OJAS.

Mode of Submitting Fee and Form

Application form and Application fee bot have to be submitted online. Apart from that, a secondary method is not available.

There are total 6189 vacancies which are introduced in Gujarat Police Bharti 2018. The candidates can check the post wise vacancy distribution.

Apart from this candidates can check the category-wise distribution of a vacancy in Gujarat Police Bharti 2018. 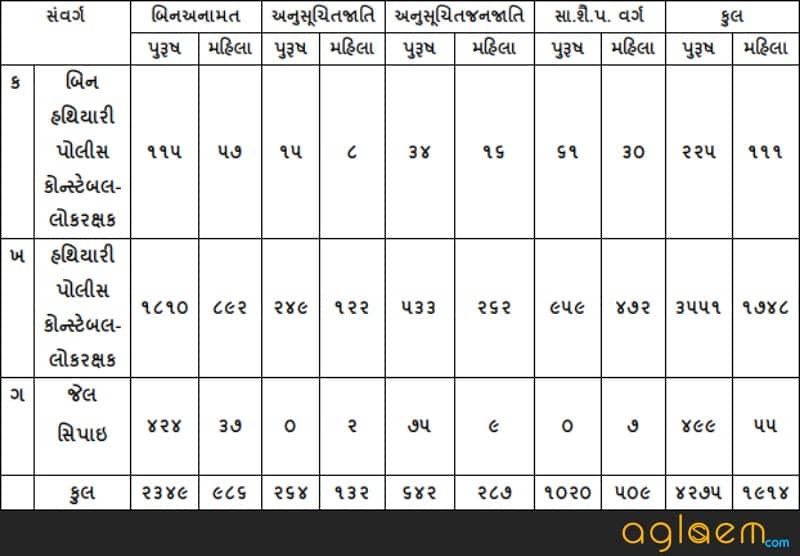 The candidates who are participating in the recruitment should fulfill the eligibility criteria. Check the norms from here.

Age Limit: The age of the candidates should be between 18 to 33 year. However, Gujarat Police allows the age relaxation. For that check, the detailed advertisement from the end of the page.

Educational Qualification: The minimum qualification of the candidate should Senior Secondary.

Physical Standard: Along with age limit and educational qualification, candidates have to fulfill the physical standard norms as well. 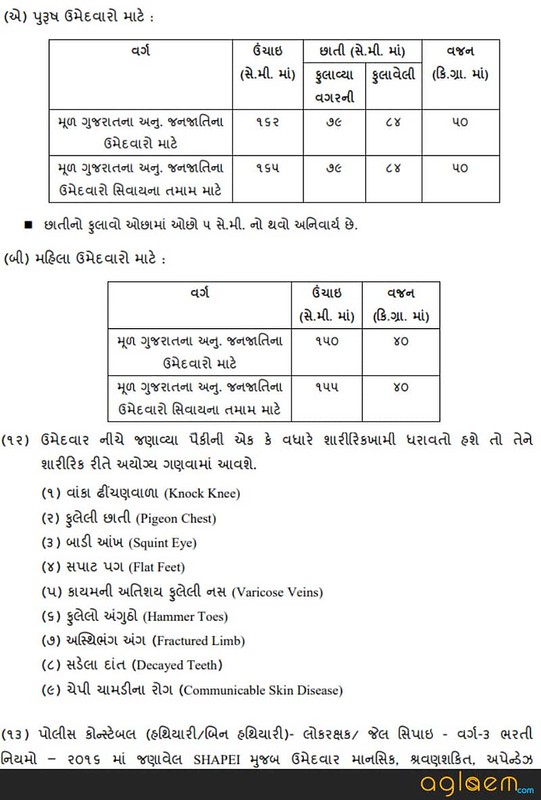 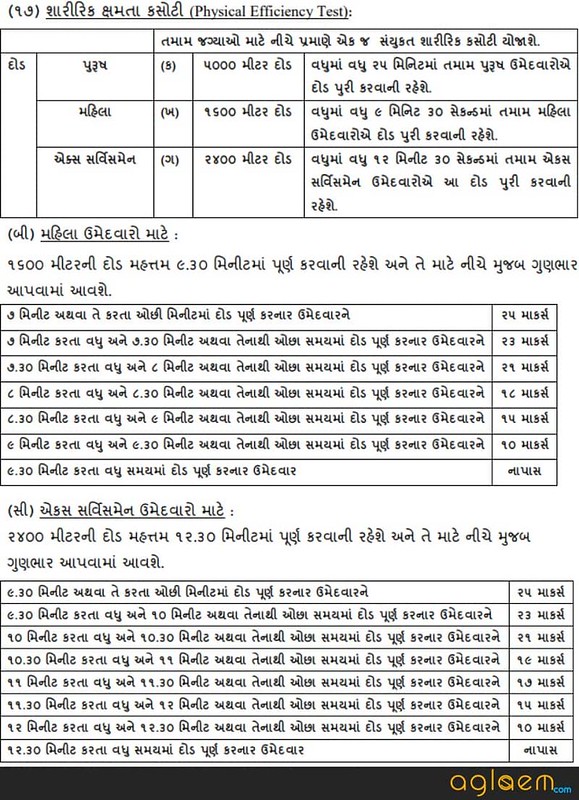