In the official website, candidates can check application status – whether eligible to appear in 1st stage cbt, and if application status is successful, admit card of RRB ALP 2018 CEN 01/2018 1st stage can be downloaded. Bring the hall ticket along with valid phto identity, color photograph and other relevant documents instructed by RRB to the exam hall.

Admit card of RRB ALP CEN 01/2018 for computer based test can be downloaded from RRB website as soon as it is released. Candidates can check the application status and know whether they can appear in 1st stage exam or not. Only the eligible candidates will get SMS and e-mail message regarding the uploading of e-call letter.

E-Call letter can be downloaded from the website of RRB concerned. It should be noted that RRB ALP CEN 01/2018 Admit Card 2018 will be available online only, and not be sent by post or any other means. After filling the application form, the candidates must check the website of RRBs.

The candidates will be able to download the admit card 10 days prior to CBT. There will be the First Stage CBT and Second stage CBT, Computer Based AT and DV according to the post. So, a separate RRB ALP Admit Card 2018 will be issued for all the stages.

Given below are links of the official website of Railway Recruitment Boards. Status of availability of 1st stage admit card will be updated in the table.

Candidates can download admit cards for the following stages of selection.

RRB ALP & Technician CEN 01/2018 Admit Card will not be sent by post. However, the e-call letters are released along with free travel authority in case of SC / ST candidates who have uploaded their proper community certificate for availing benefit of free travel authority. Such candidates can book ticket on submission of self attested copy of RRB ALP CEN 01/2018 Call Letter and SC / ST certificate.

Candidates must carry only relevant items to the exam hall such as the admit card, photo identity proof, photograph.

Valid photo identity to be brought to the exam hall include the following. 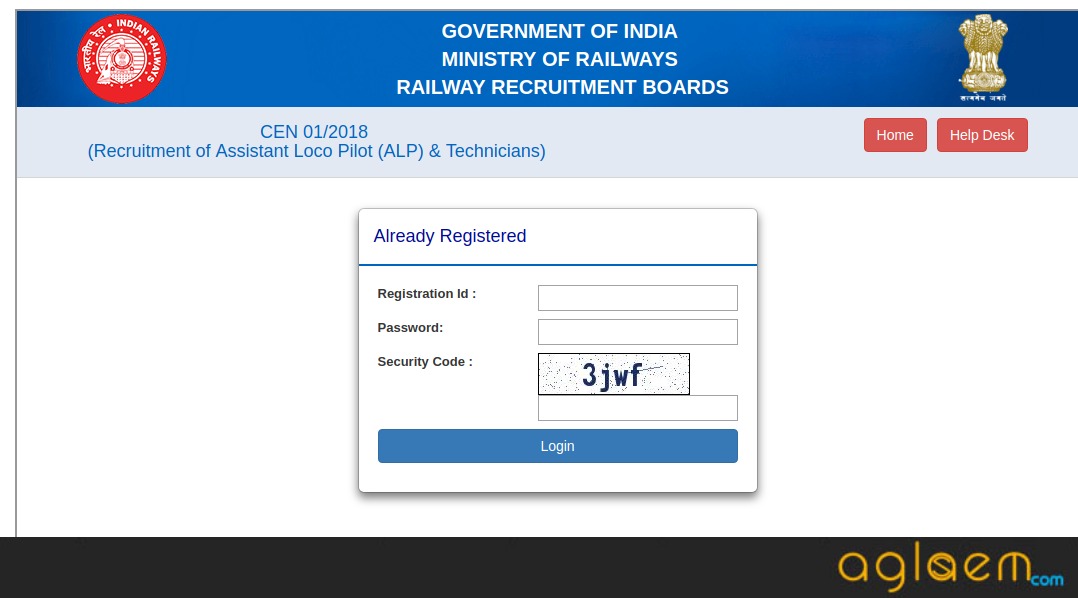 The candidates will have to carry along with the admit card at the time of appearing for the examination. The particulars are given below.

Declaration on the Admit Card

There will be some spaces available on the RRB ALP Admit Card 2018. The candidates are advised to leave those spaces. Candidates will have to write a paragraph of self-declaration, do the signature and affix LTI at the venue of the CBT in the presence of the Invigilator at the Examination Hall. The candidates will have to submit the same admit card to the invigilator before the completion of the examination. If the candidate will write the self-declaration or do the signature in Capital Letters then it will be rejected.

For more clarity, the candidates are advised to read all the points related to admit card carefully. The points are given below.