SSC Combined Graduate Level (CGL) 2017 – SSC CGL 2017 Admit card for Tier 4/ DV of KKR, MPR, CR and WR region has been issued. Candidates can download the admit card for DV/CPT/DEST. Previously result has been released along with result tentative vacancies has been also released it from below. The candidates whose name are there in the list those have to now appear for the Skill test and document verification. SSC Combined Graduate Level (CGL) 2017 Tier II examination was held on February 17 to 22, 2018. Get here all the details of SSC CGL 2017.

Latest: SSC CGL 2019 Notice for Candidates has released. Scroll down to check the same.

SSC CGL Tier 1 2017 – It is a computer-based test of 200 marks. There were questions on General Intelligence Reasoning, General Awareness, Quantitative Aptitude, English Comprehension in SSC CGL 2017 Tier 1. Exam duration is 60 minutes. Candidates who submitted the application form before the last date could appear in it.

SSC CGL Tier 2 2017 – It is also a computer-based test. There are four papers in it namely Quantitative Abilities, English Language and Comprehension, Statistics, General Studies Finance and Economics, each of 200 marks. Shortlisted aspirants for Tier 1 could appear in SSC CGL 2017 Tier 2.

SSC CGL Tier 3 2017 – This is a descriptive test held in pen and paper mode. It is of maximum 100 marks and of 60 minutes. SSC CGL 2017 Tier 3 consists of questions of descriptive questions in English / Hindi on essays, precis writing, letter, application. 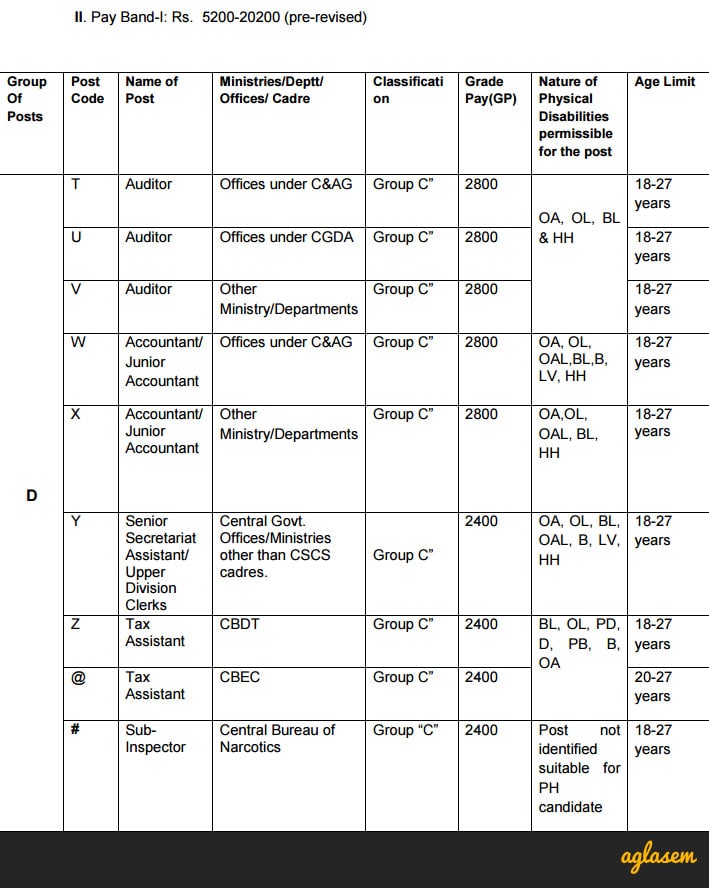 Age limit recognition as per year of birth. 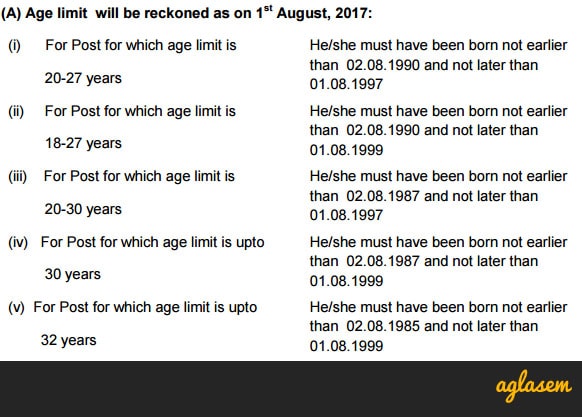 Graduation is a must to be eligible for SSC CGL 2017. To quote the SSC CGL 2017 notification, the following will make it clear as to who is eligible. 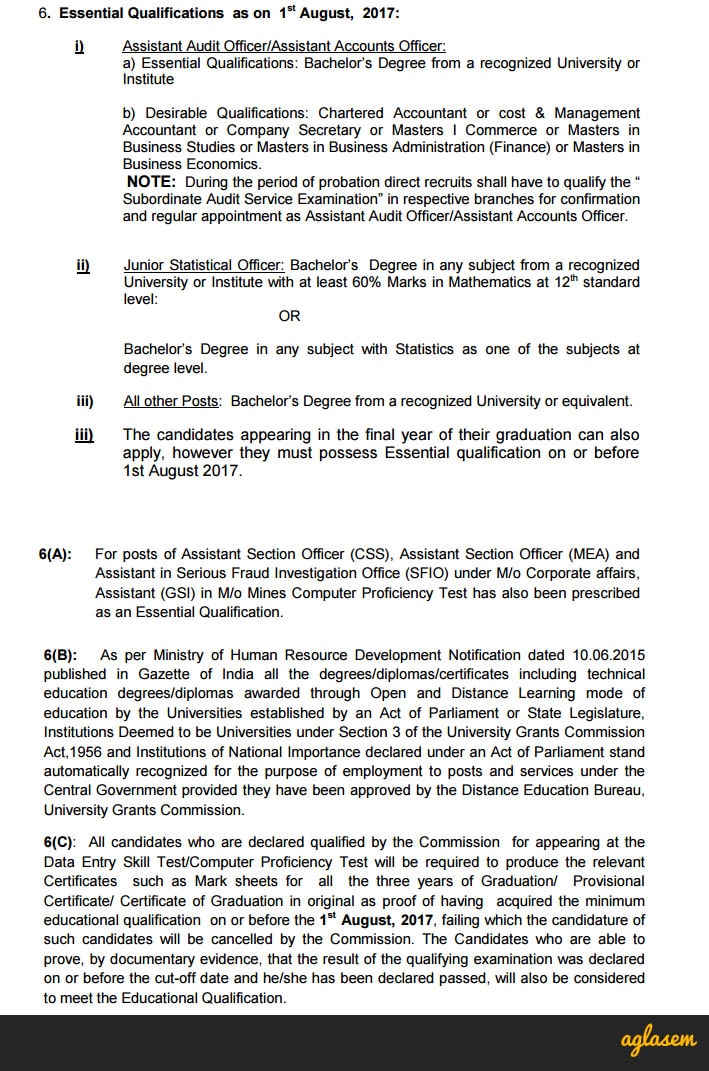 The Number of Questions is 200 in Tier-I Examination and it would carry 200 marks.

There was negative marking of 0.50 for each wrong answer in Tier-I and Tier-II.

In addition to above, SSC has introduced Descriptive Paper of English / Hindi as Tier III. The Question Paper was bilingual. The candidates had the option to choose any one medium.

Document Verification will also be conducted as per the provisions of the notice of examination.

What is SSC CGL Salary?

SSC CGL Salary Chart is released along with the notification. SSC CGL Salary and Perks are given in group-wise format. Below are the details how the classification is done.

SSC CGL Posts Salary Details are given below. 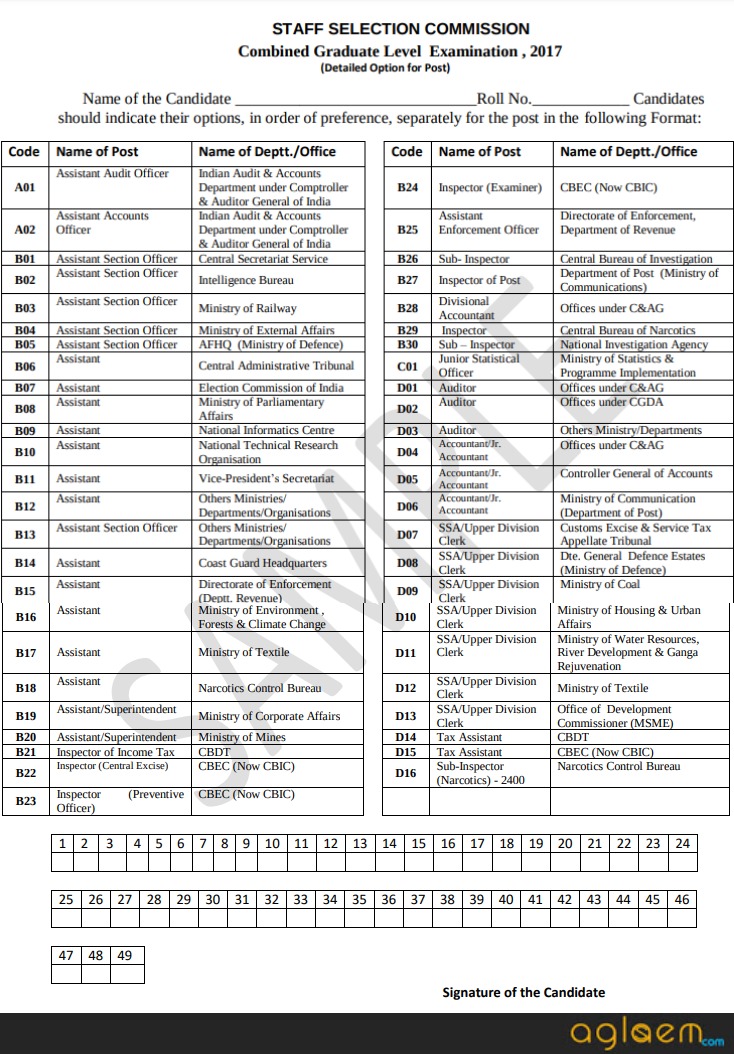 Candidates may contact following Regional Help Lines for clarifications, if any, in respect of filling/submitting applications :