by AglaSem EduTech
in NDA

NDA 2 2018 Answer Key is now available.The National Defense Academy Exam was held on September 09, 2018, and on the same day, coaching institutes uploaded the unofficial answer key of NDA 2018. The candidate has appeared in the exam can check the NDA 2 2018 Answer key from this page. It can be used to match the answers and predict the performance in exam. The official  NDA answer key 2018 will also be released by UPSC after few weeks of the exam. Hence the candidates can check the unofficial one till the official one released by the UPSC. Get here complete details of NDA Answer key. Check more details on UPSC NDA 2 2018 Answer Key from this page.

The candidates who appeared in the NDA 2 2018 exam can download the answer key for Mathematics and GAT from the table below.

All the important dates for NDA 2 2018 Answer Key are as follows:

Answer Key: The candidates will be able to check UPSC NDA 2 2018 Answer key at upsc.gov.in

The candidates who are appearing in the National Defense Academy will seek for the NDA 2 2018 Answer key after conduction of the exam. So they can download the UPSC NDA 2 2018 Answer key form this page for Mathematics and General Ability Test. Check the steps of downloading the answer key.

How to Calculate Marks Through NDA 2 2018 Answer key?

There are two papers Mathematics and General Ability Test.

The question paper will contain 600 marks for 150 question. Hence each question carries 04 marks and UPSC decided for a wrong answer, there will be a deduction of one-third marks.

In Mathematics paper marking scheme is quite similar to the GAT. The paper contains 120 question of 300 marks.

Use This Calculator for Calculating Marks

The below-provided calculator is set for calculating the estimated score from the NDA 2 2018 Answer key. Count the number of correct and incorrect answer and insert them into this calculator, and your estimated score will be in front of your eyes.

Want To Calculate Marks Manually; Use This Formula

This formula is generated while considering the marking scheme of the NDA paper. 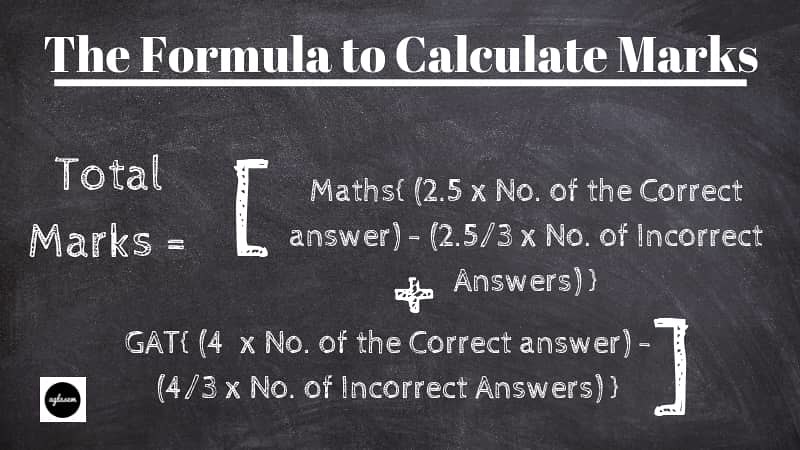 UPSC NDA Cut Off for Assuring the Selection

After getting your estimated score, now the question arises, Have I cleared the exam? The answer is to check the cut off marks of previous years, that will give the exact idea of marks. Thus we are providing the past 6 years cut off marks on NDA I and II.

The NDA 2 2018 Answer key is a most important document for the candidates and the competent authority. It brings transparency to the examination conduction.

After the exam, UPSC will release the final result of the written exam. The result may be declared earlier the releasing of NDA 2 2018 Answer keys.

Apart from the above, it has another very interesting attribute. The only academy which provides the full-time residential under the graduate programme to cadets. Basically, NDA is located at  Khadakwasla near Pune, Maharashtra. There are 18 squadrons, on final selection the cadets are assigned one of the squadrons.

The candidates can get admission into NDA with help of the exam conducted by UPSC. UPSC conducts the exam twice a year to recruit capable candidates in NDA / NA. The candidates have to undergo the written exam and SSB training to be selected in Defense Academy.

Here candidates can get the previous year question paper and UPSC NDA 2 2018 Answer key of National Defense Academy exam. Those who are preparing to sit in upcoming NDA exam the question papers are quite helpful.