Latest: The Delhi Post Office Result for 50 candidates selected from the waiting list has been released check it from the “Result” page link given in quick links.

Notice: Exam dates for the re-examination of Postman/Mailguard examination 2014 held during September 2016 in Delhi Circle has been announced. View Notice here. 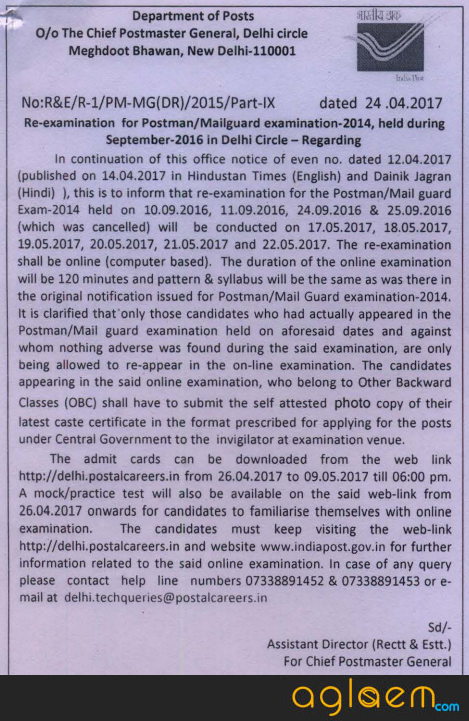 Advertisement for Re-Examination for Postman / Mail Guard exam held during Septemeber 2016 in Delhi Circle has been announced. View notice here.

Selection process – Selection of candidates will be made on the educational and sports qualification subject to fulfilment of other prescribed conditions.

Application fee – Rs 100 for all candidates.

Application Process is over now.

Documents to be submitted with Post Office Recruitment 2017 Application Form

Fill in form and check that all details are correctly filled in it. Attach following documents. 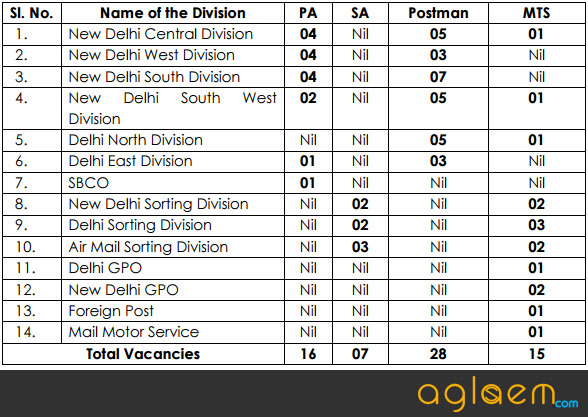 Candidates will be selected on basis of their performance in sports. All certificates and details should be correct and verifiable against documents.

Order of preference for offering job in Delhi Postal Circle will be as follows.

Delhi Postman Result 2016 will be announced by India Post at indiapost.gov.in. All candidates can open result document to check results. 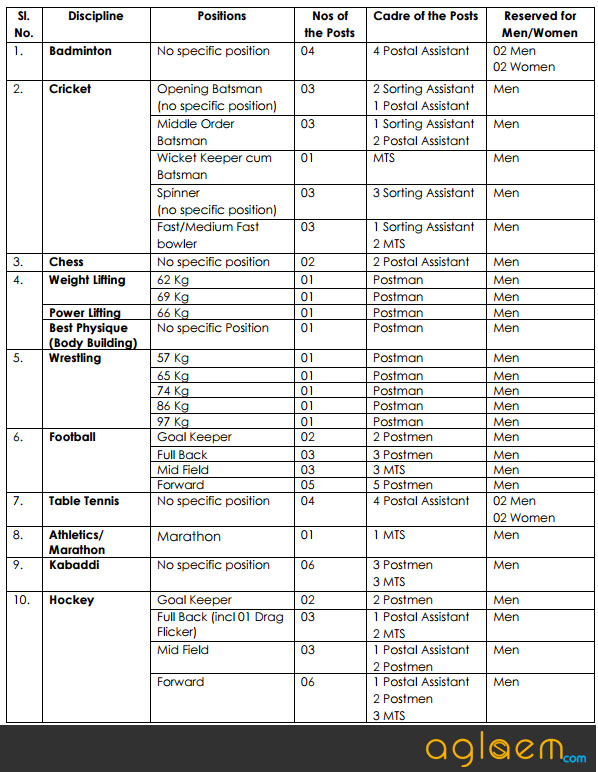 Candidates will be posted, on basis of Result of Delhi Post Office Recruitment 2016, to following posts