Date of declaration of JSSC CGL Result 2016 of Prelims (PT) is October 25, 2016. Answer keys of JSSC CGSCE 2016 were released on August 24, 2016. Thereafter, candidates could submit objections till August 30, 2016. After taking into consideration all objections, prelims result is announced on basis of final answer keys.

Result of JSSC CGSCE (CGL) 2016 has been declared.

To check JSSC CGSCE result 2016, you can view the PDF given above or click here.

Also now marks and score card of candidates are available which you can check here.

Candidates can check result online at www.jssc.in, which is the official website of the Commission. Depending upon objections raised in keys, final answer key was prepared. Based on that, JSSC evaluated OMR answer sheets of candidates.

A common merit list has been compiled using marks obtained by candidates. Thereby, those who rank high enough in merit list are called for mains. JSSC CGSCE Result 2016 have been declared online. 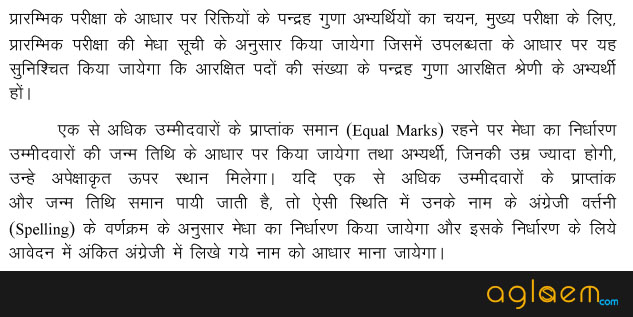 A short note on the result that was circulated on social media on 15 October 2016.

A particular link for JSSC CGL (CGSCE) Result was shared on social media on 15 October 2016. One / some candidates had shared the link and said that the JSSC CGL Result was available there. Many candidates were able to log in to that link and view scores. However the link was not genuine. At the moment, official result is available. The officials released declared JSSC CGSCE Result 2016 on 25 October 2016 at around 11 PM.

Please keep in mind that the Commission has officially published notification for result on 25 October and only that result should be seen. If you have already seen your scores from the link that you got on social media before 25 Oct, keep in mind that they could be dummy scores.

So please check the actual official result only.

If you have any queries regarding JSSC CGL (CGSCE) Result 2016, please ask in comments below.