Madhya Pradesh Public Service Commission announced the final selection list of MPPSC Veterinary Assistant Surgeon 2016 which also includes details of qualified candidates. After exam, the Commission released answer key of MPPSC VAS 2016, and use final model answers to calculate marks for result. There were two stages of selection – written exam, and interview, and thus candidates can check result separately for each round. Candidates who appeared in MPPSC VAS Recruitment Exam on 25 Sep 2016 could check result to know qualifying status and appeared for interviews if qualified. After that, the Commission held interviews as per schedule. MPPSC has now published final result after interviews and document verification.

Latest: The Final Result of Veterinary Assistant Surgeon Examination 2016 has been released and the marks obtained by the qualified candidates have also been declared. Candidates can check the same from the links given below.

The Commission conducted exam on 25 September 2016 at Indore and Bhopal. Candidates who had completed graduation in Veterinary Sciences and interested in MPPSC Recruitment appeared for online exam. Exam pattern is briefly explained below.

Candidate must obtain cut off marks (40% / 30% as per category) in order to qualify.

Result of MPPSC VAS 2016 written exam was declared on November 2, 2016. Additionally written exam result & Interview Schedule had been announced on July 28, 2017. Now the final result after the interview round has been declared. And the marks of the qualified candidates has also been announced. Candidates can check the same from the links given below.

In addition to that, note that the organization called total number of candidates equal to three (3) times the vacancy, for interviews.

After the Commission declared exam result, it accepts eligibility documents from qualified candidates. In the first place, Madhya Pradesh Public Service Commission make sure that candidate is eligible. Then, once they have completed due scrutiny of documents, called eligible candidates for interviews. Now the final result after the interview round has been declared along with the marks obtained by qualified candidates. Check from the links below.

Take a look at the selection process 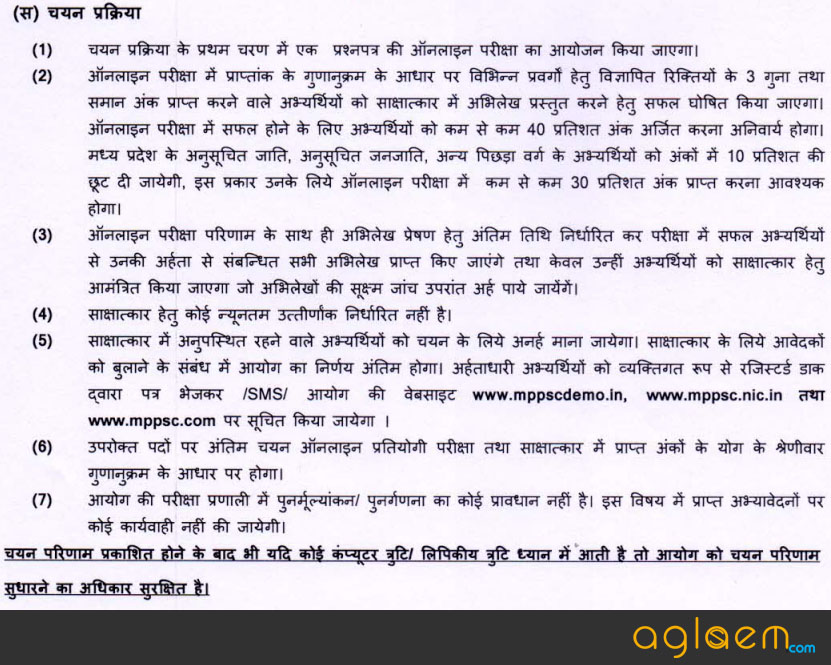 This page is being updated with details of MPPSC VAS Result 2016.

If you have any queries regarding MPPSC Veterinary Assistant Surgeon (VAS) Result 2016, please ask in comments below.