RPSC RAS Result 2017 is announced online. The final result of RAS 2016 has been declared. Rajasthan Public Service Commission publishes result write up, cut off, merit lists. Candidates whose roll numbers are in the RPSC RAS Result 2017 file are declared as qualified. Roll number, as well as merit number, are shown in the result. Overall 1731 candidates are up there for final selection as per the final result. Lakhs of government job aspirants in Rajasthan had appeared initially for the RPSC RAS Prelim that was held on August 28, 2016. Result for the same came out on September 15, 2016. Then RAS Mains was on March 27 and 28, 2017. The result of RAS Mains came out on June 25, 2017. Now finally the final RPSC RAS Result is also out, the list released on October 17, 2017.

Latest: The Lists of Candidate ( Incomplete Document) and Provisional Candidate for RAS Exam 2016 have been released, check the list from the link given below.

The candidates declared successful in the written Examination of Rajasthan State & Subordinate Services Combined Competitive (Main) Examination, 2016 were called for interview and after the interview, candidates (as per enclosed list) are to be recommended in order of merit, to the Government for appointment along with their Service Preferences.

Details of a vacancy in Rajasthan through RAS Exam 2016-2017 are as follows.

The RPSC RAS Main exam cut off has been published as well as RAS Mains Result 2017.

RPSC RAS Main Result has been announced on 25 June 2017. Only the roll numbers of the candidates who have passed are displayed in the list. A total of 4592 candidates were eligible for Mains. The candidate for the interview are selected on the basis of the cut-off criteria. The result for Mains have a different cut off which have been published with the RAS Mains Result 2017 page.

According to the announcement RAS Recruitment exam which was held in March 2017 to recruit eligible candidates for various RAS posts, has been announced in the month of June. The exam conducting body has decided minimum marks to qualify for RAS Mains Result 2017 Notification.

The candidates wishing to check their RAS 2017 Result can check their results from this page as well. You can stay updated by visiting us. Here in this article, you will find details of the exam, important dates, result information, how to download results and last years cut off.

The candidates bearing the following roll no. for the Rajasthan state & subordinate services combined competitive (mains) examination, 2016 held on 27-03-2017 & 28-03-2017 are hereby declared provisionally qualified for the personality and viva-voce test. If a candidate is found that he/she does not fulfill the conditions of eligibility prescribed as per advertisement/rules. His/her candidature shall be rejected by the commission even after the declaration of result. Date of personality & viva-voce test will be announced & informed separately. Follwing rollno candidates are

Result of the Candidate Bearing Roll Number 200577 has been withheld by the order of The Commission due to Administrative Reasons.

RAS Mains Result 2017 has been announced by RPSC. Candidates can visit the Results Section at the official website at rpsc.rajasthan.gov.in. Test takers are informed that the Date of declaration of RAS Mains Result 2017 is June 25, 2017. The candidates have been informed of the result announcement through a notification which can be availed from the site.

RAS Pre exam result was announced in 2016. The RAS Mains was conducted in March 2017 and now the candidates can check RAS Mains Result 2017.

How to check the results declared

After Declaration of RAS Mains Result 2017

If your Roll Number features in the list then it means that you have been selected for the interview. The candidates will be required to reach the interview venue along with their documents. Category wise cut off marks for interview of RAS post will be announced in News section. The call letter will contain the Sr. No, Name, Category, Tsp, Tsh, Merit No, Interview Date, Int pcap and Reason of Being Provisional. In 2013 only 82 candidates were called for Interview. Once the interview has been conducted, the list containing the final result will be published soon after. You will be allowed to download your call letter by entering your following details.

RPSC has published RAS Result 2016 in the form of PDF file having roll numbers of the qualified candidates. The candidates having roll number in result for Rajasthan state and subordinate services combined competitive (preliminary) examination 2016 held on 28 Aug 2016 are provisionally qualified for admission to the RPSC RAS Main Exam 2016.

All in all, 11046 candidates have qualified for admission to the RAS 2016 Main Exam. However if at any stage RPSC finds that a candidate does not fulfill eligibility criteria, the Commission may reject candidature of such a candidate.. 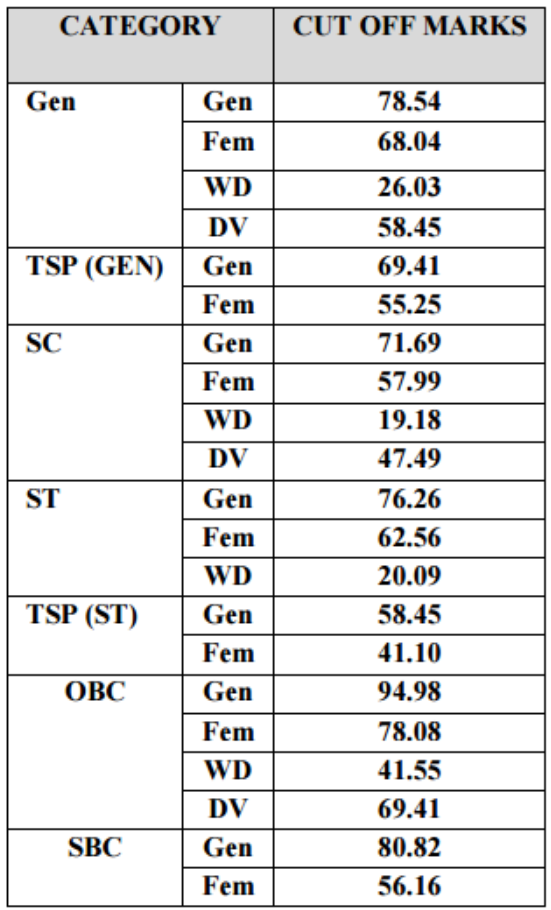