TANGEDCO Final Result 2016-17 is being announced at tangedcodirectrecruitment.in/. The result of TANGEDCO Recruitment 2016-17 exams held on 19 June 2016, 27 August 2016 and 28 August 2016 had been announced for all the posts under the recruitment. Then after the written exam result, candidates are being called for other rounds of selection procedures. So-far the TANGEDCO 2016-17  Final Result has only been announced for the post of Typist, Junior Auditor, Assistant Draughtsman, Tester Chemical, Steno-Typist and for other remaining posts the Final Result has to be announced.

The TANGEDCO Final Result 2016-17 of the Competitive written Examination for the vacancies of 750 various categories of posts by Direct Recruitment in TANGEDCO through Anna University, Chennai is being announced. The candidates can check the selection list and appontment letter for the final result. The candidates may use their user name (i.e mobile No.) & Registration Number to view the result.

Total Marks (Written + Interview) has been announced for the various posts after the interview. Candidates can check the result from official website or through the direct link given below.

Cut Off marks for the vacancies of 750 various categories of post by Direct Recruitment in TANGEDCO through Anna University, Chennai is given below.

Note: Cut Off marks for the post of Junior Assistant / Administration and Accounts are not published since the case is pending before the Hon’ble High Court of Madras.

To check Answer Key, Result (Marks Out of 100) or to download the Interview Call Letter of TANGEDCO Recruitment 2016 for Various Posts, Click Here.

Alternately, you can skip the above steps and simply click on the results links given on this page to directly view the results.

Competitive written Examination for the various vacancies of different categories of post by Direct Recruitment in TANGEDCO is conducted on 19 Jun 2016, 27 Aug 2016 and 28 Aug 2016 through Anna University, Chennai.Vacancy Details are given below. 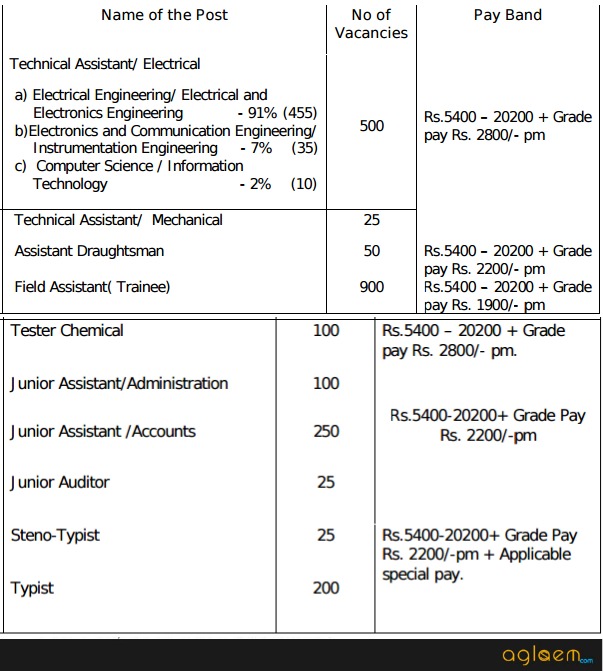