by Anand Meena
in Uncategorized

Latest: The Revised CSIR NET Result December 2017 has been released, check it below.

The candidates who have qualified the examination can continue research work as Junior Research Fellow or can apply for Lecturer in college and universities. Candidates shall not receive it at their registered address. As soon as it will be announced, we will update it in the table below.

If the above window does not load, click here to check CSIR NET Result December 2017.

To select the qualified candidates, CSIR will determine a cutoff. It will be the lowest acceptable score and the candidates who will score more than it will be awarded JRF or Lectureship. The CSIR NET December Cutoff will be announced in a short while, now that CSIR NET Result December 2017 is announced; but candidates can use the last year’s cutoff and estimated score to check if they will qualify the exam or not.

There are two components of the result of CSIR NET. These are:

PDF Result File – The Council has first released a PDF file, in which the Roll Number and Rank of the candidates are only mentioned. It only contains the details of the qualified candidates. Through it, the candidates will know if they have qualified the examination or not.

Marks Statement – After few days from the release of the CSIR NET December Result 2017, the marks secured by the candidates will be revealed. It will be announced through the login, which will look as shown below: 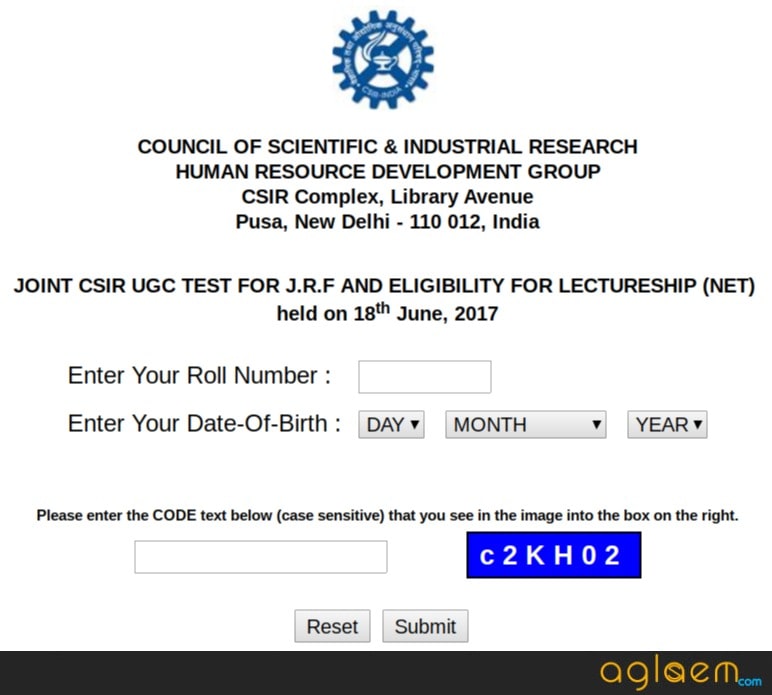 In order to check the result, the candidates will have to follow the steps mentioned below:

To check the marks statement, the candidates need to:

How to Get CSIR NET Qualifying Certificate

The certificate will only be issued to the successful candidates. To get it, the candidates will have to send attested/self-attested photocopies of the following, for verification purpose.

The above mentioned documents are to be sent via registered or speed post to the address below:

It is important to note that while sending the documents, the candidates should super-scribe “Documents for December – 2017 NET Exam” with Roll Number and the slot in which they appeared for CSIR JRF/UGC JRF/LS.

Council of Scientific and Industrial Research (CSIR) conducts CSIR NET twice a year, in the month of June and December. CSIR conducts the examination to identify candidates eligible for awarding JRF and Lecturership. It takes place for 5 subjects only which are Chemical, Earth, Life, Mathematical, and Physical Sciences.